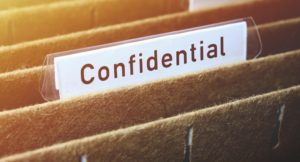 The funds’ omission was highlighted in the progress report by the Alliance, published this week (Wednesday).

The Net Zero Asset Owner Alliance was initiated in 2019 by Allianz, Caisse des Dépôts, La Caisse de Dépôt et Placement du Québec, Folksam Group, PensionDanmark and Swiss Re. It is now backed by 58 investors, representing $9.3trn in assets, who have all committed to aligning their portfolios with the goals of the Paris Climate Agreement.

The Alliance describes the development of interim five-year decarbonisation targets is as a “core component of the Alliance”. Members are required to publish those targets – which should be based on the Intergovernmental Panel on Climate Change’s 1.5 °C pathway – within 12 months of joining. The rules stipulate that members must make the targets available in the “public domain”, although they have “full control of the level of detail” they provide.

According to the report, as of 30 June 2021, 29 asset owners should have reported on their targets. While all 29 had provided the information to the initiative, two – CalPERS and Kenfo – had failed to make it publicly available.

A further two asset owners had failed to set engagement targets, according to the report – another of the Alliance’s requirements.

A spokesperson for the Alliance told RI it “is being completely transparent about target-setting and expects its members to do the same – that’s why public disclosure is a key requirement”. However, he declined to name the two investors without engagement targets, saying the body “only publishes individual targets in aggregate”.

The report said the Alliance’s secretariat is “working with individual members to establish remediation plans to ensure all members are in full compliance where this may not currently be the case”.

When asked why CalPERS had not made its targets public, Anne Simpson, Managing Investment Director for Board Governance & Sustainability at the pension fund told RI that “CalPERS is committed to achieving its Net Zero target”.

“[T]he CalPERS Board has spent most of 2021 evaluating its capital market assumptions, expected rate of return, and asset allocation for the next four years, with a final decision expected in November. We feel it is prudent to base updated targets on these new figures and will release them early next year,” she added.

CalPERS is one of the Alliance’s founding members.

A spokesperson for Kenfo told RI that it was unable to publicly disclose its targets at the time the report was created as the fund was in still in the process of “briefing” its stakeholders on the matter. That process is expected to be finalised later this month, he said.