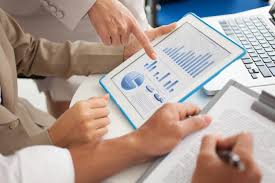 Anne Simpson, CalPERS’ Sustainability Investment Director, has suggested that the International Accounting Standards Board (IASB), the global accountancy standard-setting body, is well placed to bring clarity and identify relevance among the “profusion of experiments” currently coexisting in the field of corporate sustainability reporting.

Simpson was speaking at the latest meeting of the IFRS Foundation’s Advisory Council, where she represents the Council of Institutional Investors.

One of the key topics that the Advisory Council discussed in April was ‘wider corporate reporting’.

This issue had been carefully analysed at a previous IASB meeting, where board members agreed to consult the Advisory Council before taking any decision on what role the IASB should play in non-financial reporting, other than its current cooperation and collaboration approach.

Simpson said: “This topic is coming to a stage of maturity because of the demand of investors. We want to see integration, not in order to have the world’s biggest thumping report, but to make sure that issues like climate risk, water risk, labour relations, health and safety, become data points that are connected to the financial reports.”

David Loweth, former Director for Trustee Activities of the IFRS Foundation, has been working part time for the Foundation, conducting research on wider corporate reporting, since stepping down in the second half of July 2016.

Loweth presented the IASB and its Advisory Council the findings of his study of the current state of affairs in non-financial reporting, intended to stimulate the debate and analyse the implications for the IASB.

Loweth’s comprehensive study covers almost all of the initiatives launched in this area by different stakeholders, from policy makers and academia to the accountancy and investment communities.

It also mentions the UN’s Sustainable Development Goals, as one of its targets (12.6) explicitly encourages companies to adopt sustainability reporting practices.

At the Advisory Council meeting Loweth noted that there is appetite among stakeholder groups for greater standardisation given the “confusing and complex myriad of frameworks, standards and codes” for companies to report on a broader range of factors than just financial ones.

“You pick a number,” Loweth said referring to amount of initiatives in the non-financial reporting landscape: “Is it 400 as the OECD and CDSB [Climate Disclosure Standards Board] seem to say? Carrots and Sticks, a periodic publication by KPMG and a number of partners, reveals 383. The PRI [Principles for Responsible Investment] came up with around 300.”At the beginning of the Advisory Council’s discussions, however, IASB Chairman Hans Hoogervorst made it clear that developing mandatory sustainability reporting standards was not part of the debate.

“The only thing the board would be willing to consider is to provide [non-mandatory] guidance if a company wants to prepare an integrated report.”

Broadening the IASB’s scope beyond financial reporting is seen as a non-suitable option, therefore Loweth has recommended an alternative, which is to revise and update a previous project of the board: the Practice Statement Management Commentary.

This Practice Statement is a narrative reporting tool that sets the context for financial statements by taking into account wider aspects where ESG factors could be considered.

The Practice Statement was launched in 2010 as a non-mandatory initiative (to avoid stepping on securities regulators’ toes who see this as their remit) and is regarded as a reference for subsequent projects such as the Integrated Reporting framework, the CDSB framework and the EU Non-Financial Reporting Directive.

CalPERS’ Simpson said: “We hope the IFRS community would take this issue [sustainability reporting] up, but ‘how’ is something that needs more thought. I’m also troubled with the poverty of ambition around it being voluntary […] we can’t get consistency in the assessment.”

Simpson added that if the IASB wants to proceed with caution because the market is not ready for mandatory measures, then the FSB Task Force on Climate-related Financial Disclosures (TCFD) could play a role.

She said “the central banks’ own task force” is rightly constrained into a voluntary mode because “is not their day job to issue standards”.

Simpson recommends that the IASB, as well as FASB in the US, adapt their work to support what the TCFD is doing, so that “we can distill something that is very valuable”.

Yen-Pei Chen, Corporate Reporting and Tax Manager at the Association of Chartered Certified Accountants, told RI that she welcomes IASB’s position to consider a more active role as “steps in the right direction.”

However, she noted that those are “baby steps compared to the wider issue, which is, who should take ownership of the bigger non-financial reporting space, where there are so many different players often saying different things.”

The Advisory Council reached a position similar to the IASB. Summarizing the discussions, Joanna Perry, the Chair of the Advisory Council, said it seems there is little support for revising the Practice Statement Management Commentary.

Yet the IFRS Foundation, she said, have to do something about it although it’s not clear “exactly what”.