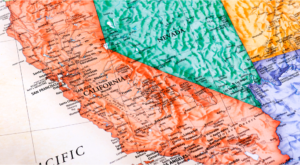 Public asset owners in California, including pension giants CalPERS and CalSTRS, should tie executive pay and incentives to climate goals, says an expert advisory group set up by the state’s Governor, Gavin Newsom.

Asset owners, it said, “should link executive incentives and/or variable employee compensation with the achievement of a climate-related target, and engage with third parties to do the same”.

This is just one of the 45 recommendations published yesterday by the California Climate-Related Risk Disclosure Advisory Group, the body set up earlier this year by Governor Newsom to help leverage the state’s investment portfolio to advance California’s climate ambitions.

The 20-strong group is co-chaired by Stanford Law School academic Alicia Seiger and  includes Janine Guillot, CEO of the Value Reporting Foundation (formerly SASB) and Dave Jones, Director of the Climate Risk Initiative at UC Berkeley Law School, who, during his tenure as California’s Insurance Commissioner, was one of the first regulators globally to mandate climate disclosure.

The advisory group recognises the climate leadership already shown by the California state pension funds – representatives of which contributed to the report as part of a 20-strong steering committee – but states that its report “set its sights on the frontier of practice and charted a course toward the next level of ambition”.

Seiger, who is also Managing Director at the Precourt Institute’s Sustainable Finance Initiative at Stanford University, told RI that the “pensions are on board with the direction of travel and phasing in the recommendations in Chapter 4,” and added that the funds are “doing many of them already”.

The Californian advisory group also recommended that the state’s governor and legislature consider the “climate competency” of prospective directors when appointing them to the board of public pension funds.  Similarly, it added, asset owners should also seek to “evaluate and improve the climate competency of their boards over time”, and also push third parties, such as asset managers, advisors and companies, to improve their climate governance.

Boardroom climate expertise is an issue increasingly rising up investors’ agenda, most recently encapsulated by the ousting of three directors at US oil giant ExxonMobil by activist fund Engine No.1.

The recommendations in the advisory group’s report are organised around the TaskForce on Climate-Related Financial Disclosure’s (TCFD) framework, and, accordingly, focus on governance, strategy, risk management and metrics & targets.

On risk management, for instance, the group recommends that asset owners disclose how they engage with managers and companies to “influence transition and adaptation plans, including whether and how they develop and enforce minimum standards for high-emitting sectors.”

When it comes to disclosure of metrics the report recommends that pension funds disclose their portfolio-wide Scope 1, 2, and 3 emissions annually. It also states that they should disclose “at least two emissions-based metrics, one absolute and one intensity-based, and an appropriate forward-looking climate metric annually”.

The report also touches on the use of offsets, recommending that asset owners disclose project details for offset purchases, including information on the verifier and permanence of the the offsets.

RI was told that the group had not yet had a chance to meet representatives from Newsom’s office yet to discuss its recommendations, but that this is expected to happen in the coming months.

“The thoughtful discussions and deliberations of the Advisory Group will be a useful roadmap as we move forward with identifying those risks,” said California State Treasurer Fiona Ma. “By tackling these difficult issues now, the Advisory Group is doing what fixed income investors, in particular, are increasingly urging because of the significant overlap in objectives between investment grade assets and the financial system’s response to the growing climate crisis.”

CalPERS CEO Marcie Frost said: “CalPERS welcomes the report on climate risk disclosure practices for the state. As a fiduciary for our two million members we understand the vital importance of integrating climate change into our consideration of risk and return in the portfolio.”

CalSTRS also told RI that it welcomed the report. “We recognise climate change is one of the greatest threats to our future and we are pleased the State is taking actions to address the challenges posed by climate change,” a spokesperson said.

RI could not immediately reach UC Investments for comment outside local office hours.