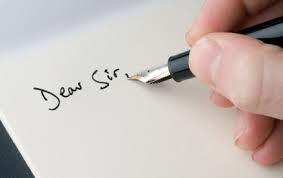 CalSTRS and the New York Common Retirement fund are leading the charge against two US lobby groups it says are trying to damage shareholder engagement on ESG issues, in letters targeting major players including Exxon, Pfizer and Johnson & Johnson.

The new investor campaign has already garnered support from more than 80 institutions including Aviva, NEI and Legal & General. It is centred around the National Association of Manufacturers, and its partnership with the controversial new Main Street Investors Coalition (MSIC).

MSIC has been under fire since it launched in May, claiming to be focused on protecting the interests of US retail investors in an investment landscape dominated by big, politically-influenced institutions. Earlier this month, RI reported that Morningstar’s Global Head of Sustainable Investing Research had called the new group an “absolute swamp creature”, arguing that it was opposed to any shareholder engagement and did not represent retail investors.

CalSTRS, the California State Teachers Retirement System, and NY Common have teamed up with Walden Asset Management to address NAM’s partnership with MSIC, in addition to a recent report – funded and distributed by NAM – questioning the value of any social and environmental engagement.

The investor statement says: “We are deeply concerned about the negative message that the NAM Report conveys about investor engagement and shareholder resolutions in general and climate change in particular.”“NAM appears to be part of a concerted effort to curtail the ability of shareholders to file proposals linked to material business issues impacting the sustainability of the company”, states the letter, which was sent to 45 companies with members sitting on NAM’s executive committee and board.

It asks members of NAM “to question your Association’s research funding priorities and its working alliance with MSIC”.

“We are now concerned that NAM’s new alliance with MSIC will lead its members into a more confrontational stance with investors if the project escalates its rhetorical against institutional shareholders”.

It added that continued affiliation with either body could pose reputational risks.

It comes amid a war of words that has also drawn in ValueEdge Advisors, the firm of governance pioneers Bob Monks, Richard Bennett and Nell Minow.

The investor letter asks each firm to state whether it is aware of NAM’s report, whether it agrees with MSIC’s views on shareholders, and “where the company stands on the right of investors to file shareholder proposals”.

Last summer, a group of investors wrote a similar letter regarding the US Business Roundtable, which was part of joint efforts with NAM and the US Chamber of Commerce to strengthen restrictions on shareholder proposals.

The Chamber of Commerce has seen a slew of big names quit the organisation in recent years, reportedly over “political disagreements and worries about its stance on the environment”.