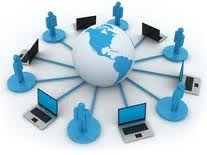 The California State Teachers’ Retirement System (CalSTRS), the second largest public pension fund in the US, has voiced its support for online annual meetings saying they can boost shareholder participation.

The $153.7bn (€126.3bn) fund was part of an industry working group that has produced a set of guidelines for online AGMs with the goal of ensuring technology is used to increase shareholder participation and voting, preserve shareholder rights, and encourage engagement. The group’s report is called Guidelines for Protecting and Enhancing Online Shareholder Participation in Annual Meetings (Link).

She said online meetings can improve corporate governance by allowing shareholders to participate in AGMs regardless of location. It could also lead to more communications among shareholders, management and directors.
Among the working group were representatives from the State of Wisconsin Investment Board, Governance for Owners, Walden Asset Management, proxy technology firm Broadridge, union group AFL–CIO, law firms and other groups.

“Companies electing to allow online participation in shareholder meetings should employ mechanisms to protect shareholder interests and ensure technology isnot being used to avoid dialogue,” said Brandon Rees, deputy director of the AFL–CIO Office of Investment.
Some 22 US states currently allow virtual-only shareholder meetings while 11 require a physical location but permit remote participation. Eighteen states, including Georgia, Massachusetts, New Jersey, New York and Wisconsin, effectively bar online AGMs.
Potential advantages of online AGMs are lower costs and lower carbon footprints, although there has been some criticism that they deter full engagement.
In a separate development, a senior figure on the CalSTRS board has called for “fundamental changes” in market practices, saying billions of dollars and millions of people are at risk.
Harry Keiley, Vice Chair of the Teachers’ Retirement Board, said: “Owning a share in a company is not the end of a shareholder’s influence but rather it’s the beginning of an on-going dialogue between investors and a company.”
In a video on the CalSTRS member website, he says the fund recognises the need to protect and grow the assets entrusted by teachers. “Accomplishing that means being good stewards of the businesses we invest in, with assurance that they too are focused on risks which could impact their long term value.
“Risks such as natural resource depletion, climate change and water scarcity.”