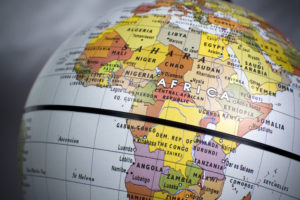 Hundreds of non-profit groups are calling on the Equator Principles and its member banks to show “ambition and courage” over a new draft of the bank sustainability framework.

The annual meeting of the Equator Principles Association (EPA) takes place from November 18-20 in Singapore and the campaign groups, marshalled by Dutch finance campaign group BankTrack, have written to the association and its 100 member banks as the process to finalise the fourth version of the Principles (EP4) looks set to come to a head.

They are calling on banks to endorse the letter and push for updated principles that “will no longer allow the financing of disaster projects”, describing the Singapore meeting as the “last chance for Equator banks to get it right”.

The letter comes as a report from SRI firm Boston Common cast further scrutiny on the banking sector and climate finance.

RI understands that the result of a vote by members on the final draft of the updated principles is expected to come out of the Singapore gathering.

A spokesperson for the EPA didn’t confirm this but said “according to the Governance Rules EPFIs [Equator Principles Financial Institutions] do need to vote on the material changes to the Principles”.

A lack of transparency in the process was criticised by BankTrack’s Director Johan Frijns.

He told RI: “At this point in time, the only clue of where the review process may end are the recommendations in the BSR report based on the stakeholder consultation. As to how and when the EPA will come to decision on the final version is completely unclear even to banks that are to attend next week meeting.”This is a reference to a report commissioned from consulting firm BSR.

The NGOs say they are not privy to the final draft despite having been “constructively engaged” in a two-year review process.

The review, which was announced at the EPA annual meeting in Sao Paulo in 2017, was prompted by pressure from banks, investors and civil society in wake of the Dakota Access Pipeline (DAPL) issue (see RI coverage).

This involved 13 Equator Principles signatories and prompted 10 European banks to pen a highly critical letter to the EPA.

The review process to date has been far from smooth.

Disagreements between members delayed the publication of the draft – which was then criticised by investors and civil society during the consultation. The process was even the target of the Yes Men prankster group.

In its response to the most recent draft, Boston Common argued that without enhanced revisions, the framework would not prevent controversies like DAPL from occurring again, which is a point picked up in the NGO letter.

The letter says that “if the final EP4 closely resembles the draft EP4, it will not put an end to Equator banks’ financing of climate disaster projects; it will not comprehensively ensure the rights of Indigenous Peoples, and it will not deal with other major shortcomings of the Equator Principles that urgently need to be addressed”.

The framework, as it stands, would continue to leave member banks “exposed to precisely the sort of severe reputational and financial risks that application of the Equator Principles is supposed to prevent”.

RI understands that the consultation over the summer had some impact on the final draft to be voted on – particularly around Free Prior and Informed Consent (FPIC) in relation to indigenous peoples’ rights – but that it is unlikely to go as far as investors were asking for.

The spokesperson for the EPA said it was not in position to comment on the letter.