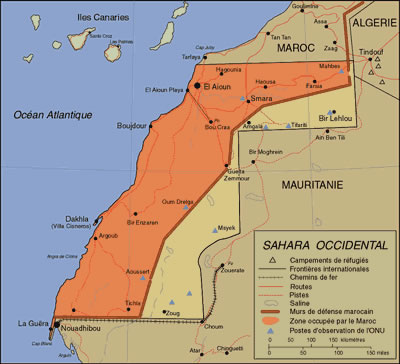 London-listed Cairn Energy and its NYSE-listed partner Kosmos have withdrawn their joint venture oil exploration operation in offshore Western Sahara – in a move they say is for commercial reasons but which has been hailed by campaigners for the disputed region, a non-self-governing territory according to the United Nations.

Both companies have in the past been excluded over their involvement in the area by leading investors such as Norges Bank Investment Management (NBIM) and others.

Campaign group Western Sahara Resource Watch (WSRW) said it welcomed the decision but said it expected shareholders to maintain their exclusion of the two companies until they guarantee that they will not return to Western Sahara.

The announcement was made by Morocco’s National Office of Hydrocarbons and Mines (ONHYM), the government agency which owns 25% of the joint venture in the Boujdour Maritime block, and later confirmed by the companies.

A spokesperson for Kosmos, the majority stakeholder with 55%, told RI that the decision is effective as December 21, 2017 and that is due to “prudent capital allocation” and said that after drilling one offshore well “our exploration did not yield commercial hydrocarbons”.

In 2016 the Norwegian Council of Ethics recommended that NBIM exclude Kosmos and Cairn from the Government Pension Fund Global, and it sold its NOK138m and NOK338m stakes, a move that was followed up by managers of UK workplace scheme NEST.

Asked whether there is any ethical concern behind their decision, the Kosmos spokesperson said: “All of our activities offshore Western Sahara were in alignment with the 2002 UN legal opinion that puts the interest of the people of the territory as paramount. So our rationale is on the basis of exploration results and the rebalancing of our portfolio.”

According to Kosmos’ 10K filings at the Securities and Exchange Commission (SEC), exploration expenses increased by $62m in fiscal year 2015 – “primarily” due to $86.8m of “unsuccessful well costs”. Cairn had paid $1.5m for its share of costs, the filing disclosed.

ONHYM’s announcement, however, added that the partners remain convinced there is real potential in the Boujdour Maritime area and that Kosmos leaves open the possibility of starting discussions with ONHYM for a possible return to oil exploration in Morocco.

Beyond the two oil companies, the Western Sahara issue has also been raised at one of Germany’s leading companies.

The Association of Critical Shareholders, an NGO campaigning on ethical and environmental issues at listed companies, filed a countermotion at Siemens’ AGM questioning its wind turbine contracts which power wind farms in Western Sahara.The emerging shareholder action at the meeting on January 31 came soon after the CEO of newly merger Canadian fertilizer firm Nutrien (the combined Agrium and PotashCorp) announced plans to stop sourcing phosphate rock from Western Sahara partly due to “shareholder preference”.

Countermotions in Germany are a mechanism that allows minority shareholders to voice concerns as an alternative to shareholder resolutions. Although countermotions are not voted on, they must be published two weeks ahead of the AGM.

Tilman Massa, a Kritische Aktionaere representative, told RI that in theory fellow shareholders can inform themselves about the arguments given in countermotions and then decide whether it will influence their voting behavior.

As business is conducted by the Office Chérifien des Phosphates (OCP), a Moroccan state-owned enterprise operating in Western Sahara, Kritische Aktionaere argued that most of the “profits flow into the coffers of the Moroccan government”.

Kritische Aktionaere stated this goes against the December 2016 ruling of the Court of Justice of the European Union which determined that not only business activity needs to benefit the people of the territory but also that people should give their consent.

Kritische Aktionaere’s countermotion was delivered at the AGM by 20-year-old Khadja Bedati, on behalf of the indigenous Sahrawi Youth Union body (UJSARIO).

Bedati, who was born in the Sahrawi refugee camps and who plans to study international law at university, told the Siemens AGM that the value of three shiploads of phosphate is about the same as the humanitarian aid received by the Sahrawi refugees in one year. “They are the rightful owners of the raw material. Siemens makes it possible for Morocco to empty our land of its resources.”

Siemens’ CEO, Joe Kaeser, replied that the five wind power projects in which Siemens in engaged “are located in an area whose international status is disputed or unclear”.

“As far as we know today, neither [wind turbine arm] Siemens-Gamesa nor Siemens have contracts with the state of Morocco, but with private-sector companies that are involved in wind power.”

He added: “You should know: we are sensitized. We have no intention whatsoever to break the law. That’s all we can say to you right now.”