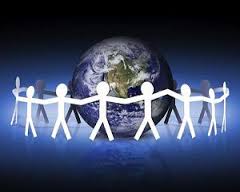 The train to slow climate change has left the station, but there are a few important passengers that need to get on board before they end up in the dust. Who’s on board so far?

Representatives from over 195 countries agreed in Paris last year to take all necessary steps to hold human caused global warming to below 2 degrees centigrade.

Governments are now entering the implementation phase. Citizens around the world are supporting leaders in academia, religious institutions, and non-government organizations, to make this happen before climate change begins to cause irreversible damage to our planet. There are some empty seats reserved for some of the largest money management firms, who may have their bags packed but have been hanging back. Now is the time for them to get on board.

It is the season of corporate annual general meetings, where shareholders have the opportunity to make proposals about corporate governance, and vote on those that make it to the proxy ballot. This year, a number of leading pension funds, including the New York State Common Retirement Fund, are asking energy companies and utilities to develop and disclose their plans for coming in line with a world that seeks to hold the line on climate change.

In Europe, the boards of several such energy giants, including Shell and BP, agreed with the shareholder proposals. This blessing from management seems to have magic power, as in the case of BP, where the board recommended a “yes” vote on climate disclosure, and 96% of the votes cast were in favor of the proposals.

Cut across the Atlantic, to the United States, cradle of democracy—except when it comes to shareholder rights. Here, the boards (and presumably the managers) of every energy company and utility faced with such calls has publicly urged shareholders to reject the proposals. One, ExxonMobil, went so far as to seek the U.S. Securities and Exchange Commission’s permission to omit the proposals from their proxy voting process.

The SEC chose not to accept this form of disenfranchisement.

In the U.S., when corporate boards urge a “no” vote on a shareholder proposal, it generally goes down to defeat. The key voting bloc in this equation is usually a group of large investment management companies. For example, the top six U.S. shareholders of ExxonMobil collectively own nearly 18% of its outstanding shares.
A vote against management is generally viewed as an “activist” position, and fund management companies are understandably wary about making waves with a major corporation, despite their fiduciary obligation to vote in the best interests of their investors.This is an important moment for our US fund managers to publicly and resolutely stand up and be counted. There are at least four major reasons why the “big hands” in the investment world need to speak with their actions: 1) They are signatories to the United Nations-backed Principles for Responsible Investment, which charges them with forward looking action to minimize human-caused climate change. 2) They have a fiduciary duty to their shareholders, one that is long-term, and which is imperiled by the economic and social damages that are very likely to occur due to climate change. 3) They have voted in favor of essentially the same resolution at AGMs of European mining and oil and gas companies. 4) Their fund investors have increasingly indicated, through their support of public policy, NGOs, religious organizations, and other groups, that the majority of them favor the drive to hold the line on climate change. To vote against the proposals would be to take the side of vested interested that seek to slow down action on climate change.

For our fund managers to hide at this moment is to invite their investors to question why they choose to entrust their savings to organizations that are not aligned with their interests and those of their children and grandchildren. The time for complacency is over. Bill McNabb, chief executive of Vanguard, has argued recently that divestment from fossil fuel companies is counterproductive. While the Union of Concerned Scientists is among the organizations and institutions that have divested, both of us recognize that a range of strategies is necessary to confront climate change. Investors who decide to hold onto their shares in fossil fuel companies have an obligation to make their voices heard and hold companies accountable on climate change. Votes in favor of resolutions pending at Chevron, ExxonMobil, and Southern Company would signal the commitment of Vanguard and other major investors of a change that is supported by both science and the public. If this proxy season passes without the fiduciary courage on the part of leading fund managers to vote in a consistent manner, the trickle of investors moving money moving toward more progressive managers may become a roaring river.

John Rogers is the former President of the CFA Institute and Prof Rich Pancost is Director of the Cabot Institute. They are both members of the Board of Preventable Surprises.