Responsible Investor
Home News & Analysis Governance Can we rely on shareholders to compel corporations to meaningfully act on...
Return to search
Hot Topics 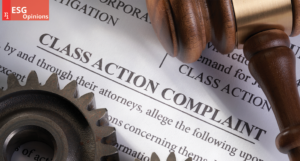 There is an ongoing debate about the role that regulators should take regarding corporate obligations and accountability for ESG issues. Earlier this year, the Ontario Capital Markets Modernization Taskforce weighed in with its long-anticipated recommendation on diversity quotas for corporate boards. After receiving significant industry feedback, the Ontario Taskforce changed its initial recommendation from a requirement that public companies meet specific diversity targets, to allowing companies to set their own targets, report them, and develop a timeline for implementation. This ‘market-based’ framework for diversity would rely on investors to push corporations and hold them accountable.

There was significant backlash when the Ontario Taskforce changed its initial recommendation. It was accused of not going far enough and caving to corporate pressure. However, it decided that allowing corporations to set their own quotas would avoid a ‘one size fits all’ approach, prevent corporations from simply complying with a minimum target, and limit instances of tokenism. The reporting requirement would force companies to implement material quotas and stand by them because they would be too afraid of investor reactions to do anything less than meaningful.

In crafting governance reforms in some of the most significant derivative litigation in history, we spend considerable time thinking about how to enact meaningful and lasting social change at corporations. One key component is to get insider buy-in – because if the change is simply imposed from above, there could be internal resistance, a lack of commitment and a tendency to make only superficial progress. But the question is: can we rely on shareholders to compel corporations to meaningfully act on ESG issues? Recent history says yes. A market-based approach that incentivises good ESG practices could make a significant difference, when coupled with smart regulation.

A recent study found that for every additional 8% of a company’s stock owned by the Big Three, the number of new women board members increased by 76%

For example, UK regulators just announced that London-listed companies should have at least 40% women and one non-white director on their boards. Similar to the Ontario Taskforce, the goals are not binding but if companies do not meet them, they must explain why. In the US, the Securities and Exchange Commission’s Advisory Panel also recently offered ESG and Diversity & Inclusion disclosure recommendations, designed to allow investors to understand what terms like ‘sustainable’ or ‘green’ actually mean. According to Chairman Gary Gensler, “investors should be able to drill down to see what’s under the hoods” at the companies and investment funds making these claims.

The ‘Big Three’ asset management firms – BlackRock, Vanguard and State Street Global Advisors – recently made headlines when they supported Engine No.1, the Exxon activist investor that led a successful campaign to secure three board seats for its chosen candidates, in a bid to push Exxon to address long-term climate risk and move to clean energy, among other things. Exxon Director Ursula Burns acknowledged that the campaign’s success is part of a “tidal wave” of investor concerns on ESG issues. This victory would not have been possible without the support of three of the biggest investors in the US.

In addition, big investors have committed to vote against firms that do not appoint more women directors to their boards. In January, State Street announced that it will now vote against the Chair of the Nominating & Governance Committee at companies in the S&P 500 and FTSE 100 that do not disclose the racial and ethnic composition of their boards; and in 2022, it will vote against them if they do not have at least one director from an underrepresented community. Similarly, Goldman Sachs will no longer take a company public without two diverse board members, one of whom must be a woman. The SEC has just approved a proposal by US marketplace Nasdaq for all its listed companies to disclose board-level diversity statistics and either meet the objective of 1 or 2 ‘diverse’ directors (depending on size) or explain why they have not. Some criticised the Ontario Taskforce – and others heralded it – for not taking Nasdaq’s “extreme position”.

Are any of these initiatives enough? No. But investor pressure works. A recent study from the Kellogg School of Management at Northwestern University found that for every additional 8% of a company’s stock owned by the Big Three, the number of new women board members increased by 76%. Critically, the same study found that in response to investor pressure, women on boards get “power positions” on audit and nominating committees at even higher numbers than companies complying with mandatory quotas.

Investors have also taken direct action by filing lawsuits alleging toxic workplace cultures of discrimination and retaliation against female executives, and racial and gender bias. And investors are no less active on environmental issues. For example, investors are currently prosecuting a securities fraud class action in Ohio against Energy Transfer, arising from the explosion of a natural gas pipeline that wreaked environmental havoc in Pennsylvania. These lawsuits are in early stages, but the pressure is on. Corporations have to address social issues because investors are demanding it.

We have already seen what investor demands for accountability can do in US securities cases involving #MeToo issues and sexual harassment allegations. As the #MeToo movement went mainstream, we saw the first successful securities case addressing sexual harassment allegations – in a shareholder derivative lawsuit involving Fox News parent Twenty-First Century Fox. Investors were listening. Following a year of litigation, the lawsuit uncovered allegedly systemic problems at the network involving multiple senior executives, multiple types of discrimination and harassment, and a toxic workplace characterised by surveillance, retaliation and fear.

Ultimately, as part of a $90m settlement, the plaintiff and the company unveiled a series of governance reforms designed to fix the broken sexual harassment culture at Fox News. The resulting Fox News Workplace Professionalism and Inclusion Council is majority-independent, but also has company participation, along with broad powers and a mandate to identify and solve the problems at the company. A critical component is investor accountability – the Council has the power to issue minority reports that Fox is mandated to post publicly for investors and the world to see. It also has a mandatory five-year term and if Fox determines to dissolve the Council, it must publicly state the reasons why. This approach set the stage for the recent high-profile settlement of a securities case against L Brands, which also settled for $90m. The firm committed to invest a further $45m over at least five years in a Diversity, Equity & Inclusion Council, and take other measures to protect employees from harassment and discrimination, requiring accountability when misconduct occurs.

We also recently saw the first successful direct securities action certified as a class action involving allegations of sexual harassment against Signet Jewelers. When the market learned that hundreds of women had submitted declarations describing alleged sexual harassment reaching to the company’s highest levels, Signet was forced to halt trading to address them; and when trading resumed, the company’s stock price declined 13%. Again, investors were listening.  The Signet case settled for $240m in late 2020.

It is too soon to know whether the newer cases will be successful, or whether the new regulations will have any teeth. But pressure from the Big Three and the corresponding dramatic increase in the number of women on corporate boards confirms that when investors demand diversity, companies respond. Investors have shown that they are willing and ready to compel corporations to act on important social issues. And recent securities cases involving #MeToo issues have demonstrated to the corporate world that investors can use their significant power to demand change and hold corporations accountable when they fail to act.

RI is hosting its second annual RI Canada event on September 27th – October 1st. For more information and to register for the live and free-to-air event, click here

Rebecca Boon and John Rizio-Hamilton are partners at Bernstein Litowitz Berger & Grossmann, where they represent institutional investors in shareholder litigation.