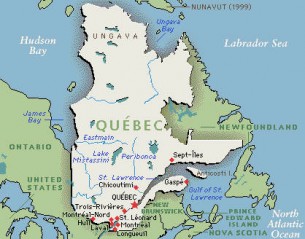 Canada’s largest institutional investor, the C$151.7bn (€108.7bn) Caisse de Dépôt et Placement du Québec, is to blacklist companies from its portfolios that produce anti-personnel mines and cluster bombs because of non-compliance with international conventions. In an update of its policy on responsible investment, the Caisse said it would jettison the companies because of an “exceptional circumstance” where local or international law has been violated.
It said shareholder dialogue and engagement remain its principal ethical policy tools, however.
The UN Convention on Cluster Munitions became binding in international law on August 1, 2010. It followed on from 1997’s UN Convention on Anti-Personnel Mines. The fund did not name the companies blacklisted, but other large pension funds such as the New Zealand Superannuation Fund have sold off stakes in firms including Goodrich Corporation, L-3 Communications, Northrup Grumman, Poonsang Corporation and Raytheon, for their involvement in the manufacture of cluster munitions.
The Caisse also announced it is setting up a dedicated Responsible Investment Committee, which amongst other things will target specific companies for shareholder engagement, as it beefs up its RI approach. The committee will consist of independentmembers and examine responsible investment issues with a view to developing a new approach to their implementation. This will include stepping up shareholder engagement efforts with companies by targeting specific issues. It will also involve the systematic exercise of its voting rights at shareholder meetings. Separately, the Caisse is developing a professional certification program in sustainable investment in partnership with local universities.
Michael Sabia, President and Chief Executive Officer of the Caisse, said: “We strive to continuously improve our responsible investment policy and practices. It is in the best interests of our depositors that the Caisse further enhances the quality of its investments by strengthening its portfolio management tools to both better manage risks and seize opportunities.”
The Caisse de dépôt et placement du Québec was one of the first signatories to the UNPRI when it was launched in 2006. As a PRI signatory, the Caisse is currently developing ESG integration criteria to move from equities into other asset classes. The Caisse has significant investments in private equity and real estate. It is also active in the Carbon Disclosure Project (CDP) Canada Advisory Group and is a member of the CDP Water Disclosure Project.