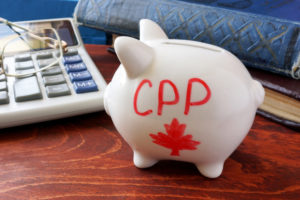 The Canada Pension Plan Investment Board (CPPIB) plans to launch an investment strategy to cash in on opportunities arising from consumer trends triggered by climate change, it has revealed.

The C$400bn (€274bn) public pension fund, which is accountable to Canada’s Parliament and federal ministers but governed independently, said in its annual sustainability report that it was “preparing to launch a new climate change investment strategy”. It didn’t provide any details on size, but Deborah Orida, Senior Managing Director & Global Head of Active Equities, confirmed to RI that the capital would come from “growth of our department” rather than reallocation from existing strategies.

“The portfolio will be fundamentally driven and contain a diverse set of companies with tangible exposures to climate change,” the report explained, with Orida adding that themes would include disruptive sectors such as producers of meat substitutes.

The strategy is still being developed and will need to be confirmed by CPPIB’s committee before investment can begin. An update will be provided in next year’s annual sustainability report.

This year’s report also revealed that one of CPPIB’s climate work streams is working “to develop energy scenarios and reference cases to guide portfolio allocation decisions”. In April, the fund introduced a “climate change security selection framework” which requires its investment teams to “include descriptions of relevant climate change-related risks and opportunities that impact investment decisions in their screening memos and final investment recommendations”.Orida told RI that the move had prompted “a real change in behaviour” at investment level at CPPIB. “It’s not just a paragraph in a memo that says ‘we thought about climate change, and conceptually identified risks around sea levels or more severe storms’,” she said. “There is actually an incorporation of that thinking into our financial models – increasing the estimated capex for a company, for example, and looking at the impact that would have on returns in terms of basis points.”

Earlier this week, CPPIB announced it acquired Pattern Energy, the Nasdaq- and Toronto-listed renewable energy ‘yieldco’ with 4.4GW of capacity across North America and Japan. The all-cash deal values Pattern at $6.1bn, meaning Pattern Energy shareholders will receive a 14.8% premium on their shares.

The transaction is slated to close by the middle of next year, at which point CPPIB will partner with private equity house Riverstone Holdings to combine Pattern Energy with its sister company Pattern Development. Yieldcos like Pattern Energy only own operational assets – thus removing all construction and development risk – while Pattern Development sources and develops assets. Combining the two will create a traditional, integrated and unlisted renewables company.