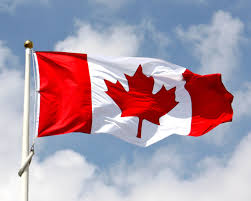 Caisse de dépôt et placement du Québec (CDPQ) has overhauled its entire investment strategy in a bid to “treat climate change in the same manner as we treat risk: as fundamental in our decision-making process”.
The C$286.5bn Canadian fund, which invests on behalf of public and semi-public pension and insurance plans, will factor climate change into every decision, it said, as well as upping its low-carbon investments by C$8bn over the next three years – a 50% increase on current levels. The move will enable it “to contribute, through our investments, to the development of a variety of industries with low carbon footprints”.
Already a major investor in renewable energy, CDPQ most recently acquired a stake in a wind and solar portfolio in Mexico, from Enel Green Power. The investment, which was done as part of a consortium with Mexican funds, totalled $1.35bn.
CDPQ has also pledged to cut the carbon footprint of its portfolio by 25% by 2025, making it the first institutional investor in North America to make such a commitment across all its asset classes, it claims. In order to do this, it will reduce its exposure to high-carbon assets such as “activities related to coal”.
This year will see the fund disclose the GHG emissions of its investments – and its overall progress on the strategy – for the first time, as part of its annual report.It will also seek to become carbon neutral by offsetting its own emissions from travelling and energy consumption; and becoming more energy efficient.
It described the overhaul – which came following studies of other institutional investor approaches globally – as a “first step”, adding that it expected to be “better positioned to seize profitable investment opportunities,” as a result.
As well as allocating more capital to climate-aligned investments, CDPQ also said it wanted to “exercise stronger leadership in accounting for climate risk”, engaging with investee companies on best practice, and taking part in global initiatives on reporting and transparency. It is already a supporter of the Task Force on Climate-related Finance Disclosures – whose recommendations it says its new strategy is aligned with. In addition, CDPQ is a signatory or member of the PRI, the Montreal Carbon Pledge, the CDP and investor body Ceres. It also said it supports the adoption of carbon pricing.
RI reported in August that efforts had begun to create a High Level Expert Group on Sustainable Finance in Canada, mirroring the body created by the European Commission earlier this year to help policymakers and regulators create more climate-aligned financial markets.