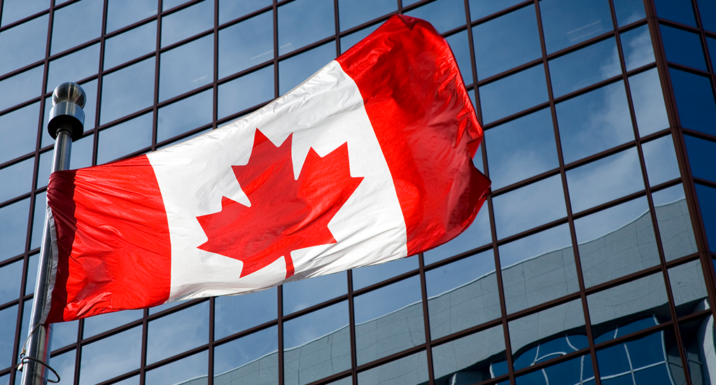 Canada’s banks could face higher capital requirements for their exposure to polluting assets and a ‘climate surcharge’ if legislation proposed on Thursday is approved, while the country’s key financial regulator says its focus on climate risk management could also have implications for capital requirements.

The Climate Aligned Finance Act, introduced by independent senator Rosa Galvez, would give exposure to new fossil fuel infrastructure and extraction the highest possible risk weighting for capital requirements, while all other exposure to the sector would be given an increased weighting. Banks would also face a ‘systemic climate risk-contribution capital surcharge’ based on their facilitated emissions. A method for measuring facilitated emissions does not yet exist, but the Partnership for Carbon Accounting Financials launched a consultation on draft standards last year.

Canada’s Office of the Superintendent of Financial Institutions (OSFI), which is responsible for ensuring the financial stability of nearly 2,000 financial institutions and pension plans, consulted on whether it should explore climate-related considerations in capital requirements at the start of January – a move opposed by most respondents, who instead called on the regulator to “use supervision and market discipline” to promote climate risk resilience. The proposed legislation would mandate OSFI to develop guidelines on fossil fuel-based capital requirements and exercise its powers in a climate aligned manner, as well as mandating the Bank of Canada to act in alignment with national climate commitments.

A spokesperson for OSFI said that it was prioritising climate scenario analysis and better data collection on exposures and vulnerabilities, but that there “could be future implications for capital requirements” as its approach to risk management develops. OSFI will publish draft guidelines on Federally Regulated Financial Institution climate risk management for consultation later this year.

As the legislation put forward in Canada is not sponsored by the sitting government, it will face a more difficult time in parliament. Galvez told RI that she gave it a 50/50 chance of making it into law, but that she had received “tremendous positive feedback” to a recent discussion paper on the topic and expected the proposal’s chances of success to increase as it is discussed further.

Galvez said that Canada is lagging the UK, Europe and other Commonwealth Countries in terms of sustainable finance regulation, and that the legislation would enable the country to “leapfrog from a laggard to a leader”. Unlike Europe and the UK, however, Canada’s economy is heavily reliant on fossil fuel producers – according to the country’s fossil fuel industry body, CAPP, Canada is the world’s fifth largest provider of both oil and gas.

The proposed legislation would also force financial institutions and corporations to report on board members who work for, provide services for, have lobbied for, or actively control stock in an organisation “not in alignment with climate commitments”, with restrictions tightening to make them ineligible for board appointments after five years. An April 2021 investigation by DeSmog found that a third of directors at 15 major European banks also held roles at major polluters, a figure rising to 61 percent when past appointments were included.

Galvez said that oil and gas companies had “very strong power” in Canadian politics, and that “a lot of people from the oil and gas industry pass to bank boards at the end of their careers”. She highlighted the example of former Bank of Canada governor Stephen Poloz, who now sits on the board of pipeline giant Enbridge, and saying that “nothing is going to move until this conflict of interest is declared and solved”.

New climate reporting requirements would also be introduced under the plans, with institutions required to report on climate alignment, emissions and progress against decarbonisation targets. They must also consider how executive compensation can ensure the achievement of climate targets. Crown corporations including the Canada Infrastructure Bank and Public Sector Pension Investment Board will be required to have at least one director with climate expertise.

The proposed bill also mandates the government to prepare an ‘action plan’ to incentivise financial products that support climate commitments, including potentially amending pension fund legislation to prohibit investments that are inconsistent with climate commitments.