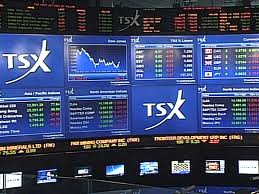 Royal Bank of Canada (RBC), Bank of Nova Scotia, Bank of Montreal, Toronto Dominion (TD), and the Canadian Imperial Bank of Commerce (CIBC) have all responded after the investors co-filed shareholder motions.

Following the commitments, the proposals for this year’s annual meeting season have been withdrawn.

The identical resolutions had called on the banks’ boards to report to shareholders on the risks of benchmarking senior executive compensation with peer companies. They also called on the companies to look at internal pay inequality.

Another proposal from Vancity Investment Management, in its capacity as sub-advisor to the IA Clarington Inhance SRI funds, on conflict minerals disclosures has also been withdrawn. The event will also be notable as TD will for the first time be providing a written transcript as well as a webcast.The banks’ action on pay comes as a new report from sustainability consultant and the former chair of Vancity Credit Union, Coro Strandberg, has found that 57% of companies in the Toronto Stock Exchange’s blue chip TSX 60 index consider sustainability in their annual executive incentive plans.

NEI, which has C$5bn (€3.8bn) in assets under management and is 50/50 owned by cooperative groups the Provincial Credit Union Centrals and the Desjardins Group, published an analysis of executive pay called Crisis, What Crisis? last year

Scotia Bank holds its AGM in Halifax on April 9. A proposal by MÉDAC requesting the parity of women and men in senior management has been withdrawn (53% of Scotia’s executive vice presidents are women). The Bank of Montreal faces its investors the next day in Saskatoon. CIBC’s AGM is on April 25 in Ottawa. RBC held its AGM in February.