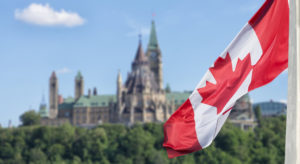 Canada’s long-awaited ‘transition taxonomy’ will be released by the end of the year, according to the Chair of the group developing it.

Speaking on a panel on the topic at RI Canada yesterday, Peter Johnson, Director of Sustainable Finance at Scotiabank, said the taxonomy is scheduled to be completed by December at the latest.

The taxonomy, which will include both principles for climate transition and activities that businesses can undertake to help them meet their goals, covers eight sectors that are crucial to decarbonising Canada’s economy – including energy, utilities, forestry, mineral mining, transportation, agriculture and materials.

Many of the architects of the EU’s green taxonomy have been vocal about the need to move away from fossil fuels in order to achieve Net Zero by 2050. But Johnson explained: “We’re not looking to pick the winners and the losers in the Canadian economy – we are really working across the eight sectors to develop tools and activities that could be acknowledged as being transitional and help reduce the greenhouse gas emissions in those sectors.”

Johnson heads the Transition Taxonomy and Sustainable Finance Technical Committee – an industry-led group set up to develop the framework under the Canadian Standards Authority. Originally proposed in 2018 by a group of sustainable finance experts advising the country’s government on fostering climate finance, the taxonomy was supposed to be unveiled last year, but has been delayed in part by the Covid-19 pandemic.

The Treasury is understood to have committed to legislate for the first set of technical screening criteria, which set out the details of the activities covered in the Taxonomy, by 2023.

UK investors and industry experts are supportive of a broad alignment between the EU and UK green taxonomies, according to a report on pension stewardship and climate published today.

The UK should also learn from some of the challenges faced in designing the EU Taxonomy, the report quoted James Alexander, CEO of UKSIF, as saying. “If the taxonomy is used only for the purposes for which it is designed, rather than being almost a catch-all for every piece of Government policy, we think that will remove some of the industry lobbying that has challenged the EU taxonomy,” he said.

Consultancy firm Entelligent echoed this, saying the UK taxonomy should avoid “the binary idea that something is either green or not-green” – a common criticism of the EU Taxonomy recently challenged by Eurosif head Victor Van Hoorn in an RI op-ed.

There were also calls for a stronger focus on social and governance issues for pension schemes to ensure they are not overshadowed by climate. The report said that it welcomed a green taxonomy but had not considered wider ESG factors in its inquiry, but urged the government to publish its response to a DWP consultation on social risks and opportunities for pension funds within three months.

UKSIF told its members in an email earlier this month that it had been confirmed to lead a GTAG ‘work stream’ exploring the value for extending the taxonomy to cover social issues and transitional economic activities. It said it would consult members on this through a survey during this year.

Meanwhile, Russia’s National Green Taxonomy has been signed off by Prime Minister Mikhail Mishustin, Andrey Bayda, Vice President, Head of ESG Finance, State Development Corporation VEB.RF – the development bank leading the work on the Taxonomy – told RI. The taxonomy, the details of which RI reported on recently, will come into effect on October 1st.

The next step will include working on a social bonds taxonomy, Bayda said, hoping a draft will be ready to publish by the end of the year. “It’s a little bit more difficult when it comes to social taxonomy – unlike climate that all of us have in common, social issues differ largely from country to country; it took us a couple of months to take full stock of Russian national social goals, targets and programmes.”

Asked whether the social taxonomy will be based on guidelines and conventions such as the UN Guiding Principles on Business and Human RIghts, the International Labour Organisation standards and OECD guidelines – as per the draft proposals for the EU social taxonomy – Bayda said “all these documents are taken into account”, as well as ICMA’s Social Bond Principles.

In addition, Bayda said VEB.RF is working closely with the OECD and ICMA on transition finance, hoping to “kickstart proper legislative work on this matter early next year”.