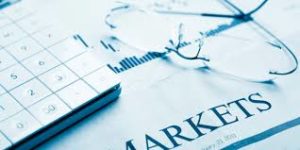 The International Capital Market Association, the capital markets trade body, has launched a set of guidelines for social bonds alongside the Green Bond Principles (GBPs), in a bid to spur the market.
ICMA, the Zurich-based body that unveiled the GBPs in 2014, launched the new guidelines at its annual general meeting, citing demand from market participants – especially existing and potential issuers – who wanted more clarity on the expectations around social bonds.
“There are a number of sustainability bond issuers in the market currently whose proceeds are largely green, so the Green Bond Principles can be used as a basis for assessments,” said Tanguy Claquin, head of sustainable banking at Credit Agricole, one of three banks leading the initiative.
“But there are some issuers that have no green projects – they are exclusively social – and they needed an equivalent. There was no document for them.”
The voluntary principles outline the projects eligible for financing under a social bond, and the populations they should target. These include: affordable basic infrastructure and housing, access to essential services, food security, employment generation and socioeconomic advancement. Social impact bonds are not covered by the principles.
An issuer’s overall sustainability performance “may” be taken into consideration by investors when deciding whether a bond is acceptable, according to the document.Originally, the social bond guidance was slated to be an ‘annex’ to the GBPs, but it was decided ahead of launch that they should be an independent document. They will, however, remain under the umbrella of the GBPs.

“Doing it this way means social bonds can benefit from the momentum already surrounding green bonds and the GBPs,” explained Claquin. “And we can ensure that the two sets of principles develop to complement each other, and don’t differ fundamentally from one another.”
HSBC and Rabobank were the two other banks that spearheaded the project. In a working group convened in March, they were joined by JP Morgan, Citi and Daiwa; with Calvert, Threadneedle, Zurich and Actiam representing investors. Issuers Instituto de Credito Oficial, the European Bank for Reconstruction and Development (EBRD) and the Inter-American Development Bank are also members of the working group, alongside the Council of Europe.
The principles will be revised periodically, in a similar way to the Green Bond Principles, which are updated annually at the AGM. This year, other amendments included a template to clarify the different types of ‘independent review’ a green bond can secure, as well as consideration for unlabelled environmental bonds such as those from ‘pure play’ green firms, and further work on reporting and disclosure. Link