Hiro Mizuno, the outgoing Chief Investment Officer of Japans GPIF, the world’s largest asset owner, jested with a room full of bankers and climate policy experts at the launch of the UN Principles for Responsible Banking in New York last September, telling a story about how unimpressed his Japanese colleagues were with the fake sushi that was all over New York. It was sushi washing! He pointed out it was not just all over New York: it was all over the world; it was everywhere. But if it was sushi washing, so be it – that’s the sushi that everyone is eating.

Environment, Social and Governance measurements in finance are just as frustratingly fluid. When it comes to measuring the greenhouse gas emissions of loans or an investment portfolio, the standards are far more important than the pick-your-own definitions currently used for sushi – and indeed for ESG products.

Demand for ESG information has grown rapidly, and will continue to do so on the back of recent announcements from BlackRock and others. The truest of palates can discern what is real ESG and what is ESG-washing. But for the rest of the world, it’s buyer beware. There is little rigour or consistency to define what you are getting.

Take Tesla as a popular example: according to reports across the financial press, one ESG data provider gives it top marks, while another puts it at the bottom of the pack. Try to explain the differences, and it turns out the methodologies are proprietary – the data is hidden behind the closed doors of a third party commercial provider. Not even the company can explain their score publicly.

My own financial advisor once suggested I take a look at the BlackRock CRBN, its low-carbon fund. A climate fund might seem like a good idea compared to a traditional benchmark fund, but when you got under the hood you found it contained the very companies behind tar sands pipelines all over North America.

Perhaps, like sushi-washing, we should just give up on ideas of rigor and consistency. But the next order of climate finance data is going to be even more important to our survival.

We know that climate commitments made by national governments are still far from adequate, leaving a gap that might be partially covered by efforts from the corporate sector and from state and local governments, many of whom are determined to play their part in limiting climate change, regardless of the politics of the day.

Right now, thousands of companies, including banks like ours, are committing to measure the emissions that stem from their businesses and their loans to their clients, report them and then set targets to align with the Paris Agreement on climate change.

From China to Chobani to Chicago, everyone is measuring, everyone has a target and everyone is reporting their absolute emissions. The hope is that all of this will add up to relative safe levels of emissions, but for that to work it’s essential that, on a regular basis, we get a clear look at how everyone is doing.

And it should work, unless we make the same mistakes with reporting the emissions arising from loan books and investments that we have with ESG.

The transparency and consistency of the data and methodology behind emissions reporting is critical in so many ways: for the work of scientists; for policymakers who will be working to shape emissions in the real economy through policy; and for investors who need to understand what’s happening with their money and where the risks are. It won’t be perfect, but it needs the rules for how we measure need to be clear, transparent and globally applicable.

To that end, three separate initiatives are lined up to create a universally applicable system that meets the level of transparency and consistency that the world needs. The GHG Protocols, around since 2001, and its offspring the Partnership for Carbon Accounting Financials (PCAF) are methods for measuring the absolute emissions of corporations and financial institutions respectively. The Carbon Disclosure Project (CDP) is the universally-accepted platform for reporting and disclosing those emissions on an annual basis. The Science Based Targets Initiative (SBTi), run by the highly-respected World Resources Institute, WWF and CDP, is a process for validating Paris-scenario-aligned emissions for both the corporate and financial sectors.

This framework gives the private sector a way to help to close the emissions reduction gap.

Private sector accounting firms and ESG consultants will be central to implementing this approach but we cannot allow them each to have their own standard or own methodology that resides in a proprietary black box.

We have seen what goes wrong when ratings agencies become too close to those they rate.  Imagine if everyone got to use an opaque methodology of their choosing for measuring carbon footprints rather than following the rules of the the GHG Protocols.

It may be too late to go back and put rigour (or standards and transparency) behind the ESG industry, but we cannot afford to let that happen when it comes to measuring our actions on climate. A marketplace of ideas in how to measure financed emissions would leave no way to accurately compare the data, or even to aggregate it.

The efforts of PCAF, CDP, and SBTi is critical to the work being led by Mark Carney and others leading COP26 and the next iteration of the TCFD recommendations. More importantly, we are going to need these tools when it comes to implementation of the commitments and the follow up action and accountability that follows. 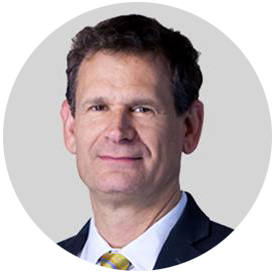 Ivan Frishberg is Director of Impact Policy at Amalgamated Bank