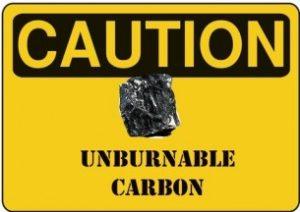 The Carbon Tracker Initiative (CTI), the UK think-tank that has put the risk of “stranded assets” at fossil fuel firms on the investment agenda, has warned ExxonMobil about the damage it might do to shareholder value by refusing to accept that the risk is real. CTI believes that due to tighter regulation of carbon emissions and improvements in fuel efficiency, demand for coal and oil in particular could decrease dramatically. Given such a “low carbon scenario,” firms like ExxonMobil face the possibility of leaving much of their fossil reserves untouched – hence the term stranded assets. However, last March ExxonMobil dismissed CTI’s view, saying there would be no low carbon scenario leaving its assets stranded: “This is because the costs and the damaging impact to accessible, reliable and affordable energy resulting from the policy changes such a scenario would produce are beyond those that societies, especially the world’s poorest and most vulnerable would be willing to bear,” ExxonMobil said in the response, entitled “Energy and Carbon – Managing the Risks.” CTI has hit back at the oil giant in a detailed analysis of its response: “We believe that Exxon uses limited and highly favourable assumptions and definitions to support its conclusions that a low carbon scenario is extremely unlikely. As a result, the company may be seriously underestimating the risk to shareholder value such a scenario poses, ” said the CTI. Such a “business as usual” attitude does not bode well for ExxonMobil as its share has already underperformed the equity market, the CTI says in the analysis. It provides a graphic showing that since 2009 the company’s share price has realised just 60% of the return generated by the benchmark S&P 500 index. The CTI also warns that the underperformance will continue unless ExxonMobil changes its attitude and recognises four facts.First, it says that the company uses a very narrow definition of “stranded assets” taking them to mean proven reserves that are “unburnable,” says the CTI. It adds: “By contrast, we use a broader definition, understanding a stranded asset as indicating the potential for investments to become uneconomic due to changing market and regulatory forces, including lower oil prices.”
Second, ExxonMobil could be mistaken about its prediction that oil demand will rise. The CTI cited an estimate by the International Energy Agency (IEA) according to which oil demand peaks between 2020 and 2035 and declines thereafter.
Third, ExxonMobil ignores the fact that regulation of carbon emissions is tightening. “Contrary to Exxon’s belief that it is difficult to envision governments opting for a low-carbon path, the share of greenhouse gas emissions subject to national legislation or emission-reducing strategies rose to 67% in 2012 from 45% in 2007,” the CTI said.
The fourth, and final fact that Exxon has not fully grasped is that the prospects for renewable energy are good. “It was recently estimated by the International Renewable Energy Agency (IRENA) that doubling global investment in renewable energy could quadruple the share of global energy generated from the source to 36% in 2030 from 9% currently,” the CTI added.

Link to CTI report and to Exxon report