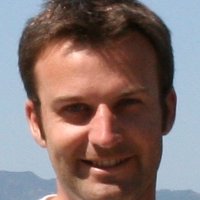 Carbon Tracker has lost Research Director James Leaton to Moody’s, as part of changes at both organisations.

Leaton was one of the leading faces at Carbon Tracker – the influential think tank that spawned the ‘stranded assets’ theory – for seven years.

Leaton started his career with governance advisory firm PIRC and had stints at campaign group WWF and consulting firm PwC.

He will now be a Senior Credit Officer for Climate Risk at Moody’s Investors Service, which has stepped up its work on ESG in the past year. The firm appointed a number of existing staff into new, ESG-focused positions in November, including Rahul Ghosh, former thematic research vice president for the firm, who now heads up ESG and green bonds, and Brian Cahill, who became Global Executive Sponsor of the rating agency’s ESG initiatives.

Carbon Tracker said it was “sorry” to confirm Leaton’s departure, adding that he had “taken up a golden opportunity at a major financial house”. The think-tank is still recruiting a replacement for the position, and has in the meantime created a new role, New Energy Strategist, to focus on the energy transition and investor outreach.

The position will be filled by Kingsmill Bond, who previously worked as a sell-side equities analyst at banks including Deutsche Bank and Citibank. Notably, he has worked in Russia, the world’s largest fossil fuel exporter, Carbon Tracker pointed out.

Leaton’s move is the latest in a growing trend, as large financial houses poach climate experts from civil society. Last year, BlackRock hired Laura Segafredo, US Director of global think-tank 2° Investing Initiative. She is now Vice President on climate risks in BlackRock’s fixed-income department. Tess Olsen-Rong, the Climate Bonds Initiative’s head of Markets and Data was also snapped up by Affirmative Investment Management, where she is a Sustainability Associate.