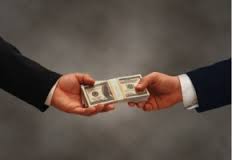 The first part of this article is available here.

A (lack of) transparency emerges when looking at securities lending (i.e. not knowing who borrows from whom). It gets convoluted when considering the underlying investment chain in which it takes place, where it is already difficult to know who owns what.

Take pooled fund arrangements (as opposed to segregated mandates). This is where the asset owner owns units of the fund but not necessarily the shares. Or at the custody level, where global custodian banks would often incentivize keeping omnibus accounts, instead of segregated ones.

“Voting and transparency is not important enough to the whole investment chain. From the administration perspective, this is a pain for custodians. It’s not what gets them their bonuses. And asset owners are not pushing for this agenda either,” says one source.

At the International Securities Lending Association (s), a body that represents all the players within the value chain, CEO Andrew Dyson says securities lending should not be a barrier to good corporate governance.

Dyson says is up to institutional investors and beneficial owners to set the parameters and design a program that fulfils their corporate governance requirements.

“Certainly you might want think about what to do if there are contentious or important votes coming up.”

Confronted with concerns some have that not much progress has been made since a report in 2005 by Paul Myners on the impediments to voting UK shares, Dyson disagrees.

He says that since the financial crisis, stakeholders within the securities lending space have upped their game, including the Bank of England, whose Code will be part of the Financial Conduct Authority’s Senior Manager Regime regulations.

In particular, EU legislation will require every single transaction to be reported to the European Securities Market Authority (ESMA).

According to Dyson, once the EU Securities Financing Transaction Regulation https://www.lseg.com/markets-products-and-services/post-trade-services/unavista/regulation/securities-financing-transactions-regulation
is implemented in a year’s time, regulators would see immediately what stock was on loan from whom; and if there was a critical vote at that time who recalled stock and if the vote was exercised.Also from the EU, the Shareholder Rights Directive II, whose aim is “encouragement of long-term shareholder engagement”, has been praised as a fair attempt to introduce transparency within the investment chain and identification of shareholders for voting purposes.

SRDII also touches upon securities lending. Its preamble acknowledges that it can cause controversy in the area of shareholder engagement. As such SRDII requires asset managers to disclose their policy on securities lending and how it is applied to fulfil engagement activities and AGM voting.

But for Guillaume Prache, Managing Director of Better Finance, a European federation of investors and financial services users, despite those high expectations, the outcome of SRDII has been disappointing.

When it comes to securities lending, he sees nothing meaningful from the perspective of European individual shareholders, who unlike fund investors, don’t derive net profits from the lending and to whom ESMA’s disclosure requirements don’t apply.

Prache says there’s been little progress on shareholder identification and the exercise of cross-border voting rights.

“It’s going to be extremely difficult to identify the end investor, the real shareholder, because there is no definition of such in the SRDII. There is no tracking system of ownership of shares because the big custodians and other intermediaries can do what they like with the shares: securities lending, use them as collateral, etc.”

However, he says, it is not a problem for the intermediaries’ chain to identify shareholders when it comes to paying dividends.

“We proposed a very simple definition of shareholder: the one who eventually gets the right to dividends. If you are entitled to the dividend you are the real owner.”

Better Finance also lobbied for the right to full identification of shares not only for issuers but also for co-shareholders. “If I’m a shareholder in a company, I think I’m entitled to know who the other shareholders are, especially the ones who are voting at the AGM.”

An additional limitation is the threshold, 0.5% of the capital of the company, above which the right to identification applies. According to Prache, unless member states lower this threshold in the current transposition stage, only a small minority of shareholders will be identified.