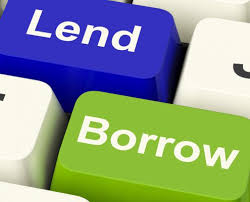 Neither a borrower nor a lender be;
For loan oft loses both itself and friend. – ‘Hamlet’

By March 2017, two months before its final AGM, Carillion – the UK construction firm that collapsed this month – was one of the most heavily shorted stocks on the FTSE 250.

Apparently, only short sellers saw what was wrong with the company. The government, internal auditors, statutory auditors and other independent assurance providers failed to spot the red flags that preceded its demise.

Doubts have also been cast over shareholders, the ‘real owners’ of Carillion, in corporate governance parlance. Now’s the right time to ask questions about those shares that were on loan, and with them the rights and duties that come with ownership.

Securities lending is a common – and lucrative – practice among institutional investors and certainly among UK pension schemes. But its trade-offs, at least in terms of good stewardship, are the loss of voting rights and arguably a relaxation of engagement leverage.

On the flip side, though, many argue that missing out on this revenue stream compromises fiduciary duty. An investment professional, who prefers not to be named, recalls conversations with the CEOs of UK pension schemes along these lines:

“We get about £1m (€1.14m) a year in revenue from our securities lending, which pays for my staff. It could be argued that if we stopped it, we would lose on our revenue and that would have a detrimental impact on beneficiaries.”

It raises questions, he says, about whether “your engagement or your ability to be a steward” is undermined, as well as potential conflict of interest issues.

Latham says: “There is something odd about short selling. You own a share on behalf of your client and then you facilitate somebody else to try and push the value of that share down.”
An opposite view, from a fixed income perspective, comes from Ulf Erlandsson, Senior Portfolio Manager at Swedish firm Strukturinvest (formerly with Sweden’s AP4).

By analogy, as other securities and not just shares can be lent, Erlandsson says that there is room for short selling within ESG strategies. “Buying green bonds only is not enough, being able to short brown stuff is actually critical,” he says.

Erlandsson offers a hypothetical example: “If a company has been fraudulent to the green credential of that green bond and we wanted to expose that situation, it would be possible to take a short position on it.”

James Hulse, the ex-Head of Investor Initiatives at CDP who now has his own consulting firm, says securities lending has an “almost entirely unjustified” bad reputation.

Apart from abusive and unethical forms of short selling, such as those based on rumours and naked short selling (selling without borrowing the stock), securities lending serves legitimate purposes in terms of market efficiency.

Drawing from his trading background (at the world’s first climate change hedge fund), Hulse mentions the technique’s ability to put in place hedging strategies and to spot bubbles.

“When hedge funds establish big short positions and start to tell the world that the company has got serious problems, they are generally right — Carillion being a classic example.”Hulse considers it to be part of a reasonable fiduciary duty: “You have a duty as an investor first not to do anything stupid. Carillion has been bust for some time, you are holding a company that is bankrupt, you are in the wrong company, so you haven’t done your research.”

He continues: “That point comes when a stock is incredibly shorted and you need to make a clear judgement decision. That’s a point where any responsible steward would recall their shares and make it much harder to short the company.”

The stance of industry bodies varies, ranging from recommending “awareness” of the situation to adherence to best practice codes (e.g. the Financial Reporting Council’s Stewardship Code, the ICGN Code or the Bank of England’s UK Money Markets Code.

The Investment Association, the main UK fund management body, says it supports the FRC code, under which asset managers should explain their approach to stock lending and recalling shares.

The Pensions and Lifetime Savings Association (PLSA) says it doesn’t have an explicit position on how to vote shares on loan but strongly advises pension funds to consider it when awarding and reviewing asset managers’ mandates.

The PLSA states: “Trustees should ensure there is a clear set of policies [and] the precise conditions under which shares shall be lent or recalled, [and have] regular discussions with their managers about their stock-lending.”

One fund, the London Pension Fund Authority, said the Local Pensions Partnership’s Global Equity Fund launched in 2016, hasn’t so far lent stock. If it did in the future, “we would recall stock in order to allow us to place our vote as required,” a spokesperson tells RI.

At the Association of Member Nominated Trustees, where there is no formal position about it, Co-Chair Janice Turner says that, assuming that profit accrues to the fund, lending is a source of income for beneficiaries that should not be lightly passed up.

From an ESG perspective, she adds: “It is obviously desirable that voting rights and engagement leverage should not be compromised. Some asset owners in the UK have made stock lending subject to recall for voting, even though that will reduce the net income from lending. That may not be a bad compromise, where reasonably practicable.”

Kris Douma, Director or Investment Practices at the Principles for Responsible Investment, says asset owners should be “cautious” about securities lending because they have “no guarantee that the shares will not be used by the borrower in a way that is contrary” to their own interests.

He terms it “squeezing out the last bits of performance from a pool of assets” and asks why an asset would be “letting people short your position, you don’t know who is going to borrow it and where the stock goes – you’ve lost control of some of the ownership”.

Some industry sources suggest that, even when asset owners have a recall policy in place, it’s unclear whether such a policy is actually enforced.

One source says: “The pension scheme might publish on the website that it recalls the shares, but a trustee of a big one once told me it wasn’t clear the degree to which that was implemented. Oversight of that function takes time, resources and prioritization. The chances are these conversations never happen.”

The next part of this article will look at transparency and the Shareholder Rights Directive.