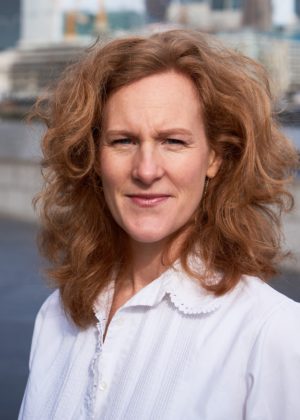 Christiana Figueres, the former Executive Secretary of the UN Framework Convention on Climate Change, is fond of reminding investors that global carbon emissions must peak in 2020 and bend steadily downwards thereafter.

It’s a daunting proposition but the investment community is rising to the challenge posed. The ClimateAction 100+ initiative is the most ambitious, coordinated effort ever conceived to steward the world’s highest emitting public companies onto a pathway – more a multi-lane super highway – that aligns their business models and operations with the goals agreed in Paris in December 2015.

In the 26 months since COP21, it has increasingly dawned on politicians, citizens and indeed investors themselves that the actions of institutional capital allocators and asset owners will determine whether or not we wean the global economy off fossil fuels in time to avert the economic, human and ecological disaster of runaway climate change. It’s quite some responsibility for the world’s responsible investors.

The commitment made by CA100+ investor signatories includes the use of their voting power to demand and secure corporate action to curb emissions. In filing and voting for climate-related resolutions over the last several years, institutional investors have already shown themselves willing to challenge the boards and management of high carbon companies when appropriate and necessary. And the results have been eye catching, notably at Exxon Mobil where 62% of the company’s shareholders supported a disclosure focused climate resolution co-filed by the New York State Comptroller and the Church of England.

Shareholder activist tactics, including resolutions, seem likely to play a role in getting us from where we are to where we need to be. The motivations for activism will be a mix of shorter term and longer-term, financial and non-financial, from investors demanding capital discipline and efficient capital allocation to investors demanding action on the risks and opportunities of the low carbon transition.

Resolutions will come in different varieties, some more experimental and others more consensual. Certain resolutions, like those filed by the Aiming for A investor group in 2015 and 2016, will secure the explicit support of corporate management and thus get an overwhelming investor vote in support; others, inevitably, will fail to get backing from corporate boards but could nevertheless secure a meaningful vote in support from institutional investors and thereby send a much-needed signal to corporate management.

The Royal Dutch Shell AGM this May will throw up an opportunity to test these dynamics. For the third year, Dutch investor group, Follow This, has co-ordinated the filing of a resolution calling on Shell’s board to set and publish time bound targets for the reduction of Scope 1, 2 and 3 emissions in line with the Paris Agreement.

The detailed  wording of this year’s resolution has been subtly modified to take account of concerns voiced by institutional investors last year. Despite those concerns, a clutch of significant investors voted for the resolution in 2017, including Aviva Investors, Achmea, Actiam, MN Group and the Church of England. Those investors helped secure 6.3% of the vote in support, a modest figure but as it turned out sufficient to generate a highly significant reaction from Shell’s  management team in the months that followed.

On November 28 2017, Shell CEO Ben van Beurden announced the firm’s “ambition to reduce the net carbon footprint of its energy products in step with society’s drive to align with the Paris Agreement goals”.

This agenda-setting ambition reflected the wording and spirit of the 2017 Follow This resolution: there can be no doubt on the degree of influence the resolution achieved, and indeed the company has discreetly acknowledged as much.

Shell’s new ambition to reduce its customers’ carbon footprint is a major and welcome shift. Just a few months earlier, when seeking to dissuade investors from voting for the Follow This resolution, the company had said that responsibility for Scope 3 emissions (i.e. those of customers) was both impractical and undesirable.As of today, there remains a gap between what Shell and Follow This are proposing, notably with respect to the merits of introducing specific and time-bound targets as opposed to the looser notion of an ‘ambition’, but that gap has closed to a degree almost impossible to imagine this time last year.

A number of lessons can be drawn, and those lessons are likely to be relevant to the impact that the CA100+ initiative will achieve in the coming years.

An “outsider” shareholder resolution (i.e. one not filed by any of the largest investors in the company) is capable of securing a useful level of support from major investors. Some of that support takes the form of hard votes in favour (or abstentions); some takes the form of private pressure and is expressed in behind-the-scenes engagement between the company and its significant shareholders.

What happens this year at Shell’s AGM looks set to be equally fascinating. In April when its ‘notice of meeting’ is made public, Shell will formally announce how it advises shareholders to vote on the 2018 Follow This resolution.

It is currently probable that Shell’s board will advise investors against supporting the resolution, arguing that a vote in favour is unnecessary given the ambitions announced last November. But that advice is not yet a foregone conclusion.

Indeed, if climate change leaders in the investment community signal publicly in the weeks before April’s notice of meeting announcement that they intend to vote for the resolution, those investors could yet influence Shell’s public recommendation. A truly welcome outcome would be Shell formally backing the resolution, advising investors to vote in favour and thereby achieving consensus in what should after all be a joint endeavour between the company and its shareholders to lead and succeed in a low carbon world.

In 2015, when the Aiming for A resolution came to the vote at Shell’s AGM, it was by no means a foregone conclusion at this equivalent stage of the year that the company would advise investors to vote in support. That happy outcome emerged when the company sensed the high level of support the resolution would attract even if it advised shareholders to vote against. The same dynamics could yet play out this year.

Shell’s formal support for this resolution would further mark out the Anglo-Dutch oil giant as a leader within its own sector, and greatly facilitate the process now underway under the auspices of CA100+ to move other high carbon companies to commit to Paris-compliant business models. Public and private expressions of support for the 2018 Follow This resolution from significant shareholders may well emerge in the next two months and could undoubtedly have a hugely positive influence – maybe even leading to management support. Watch this space.

ShareAction’s new paper on cash flow, capital returns and climate uncertainty in the integrated oil sector outlines other ways shareholders might express their concerns with firms in the sector. Shareholder pressure on scrip dividends and executive remuneration would send signal that investors are serious about the climate transition underway.

Whether Shell’s board advises shareholders for or against the Follow This resolution, its existence sets the scene for the emergence of what I am calling a ‘high ambition coalition’ within the institutional investment sector. Those investors who pre-announce their support for the resolution, particularly ahead of April’s notice of meeting, will in effect mark themselves out as sector leaders who are determined to use their power to steer global business onto a Paris-compliant pathway. If Shell rejects the resolution, as still seems likely, then those investors who vote in support will equally identify themselves as leaders in the field.

It would be a travesty if the vote in 2018 is lower than the vote last year. It would send all the wrong public signals at a moment when the world is watching and hoping the investment community will move faster and with greater determination on climate change than ever.

Catherine Howarth is the Chief Executive of ShareAction, a co-filer of the 2015 Aiming for A resolution and the 2018 Follow This Resolution. ShareAction has recently published Strategy, Free Cash Flow, and Climate Uncertainty: Where Now for the Integrated Oil Sector?