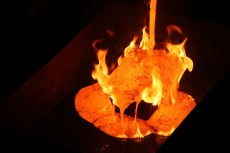 A group of 21 institutional investors representing over €2.1 trillion in assets have thrown their weight behind proposals from the European Union to introduce country-by-country reporting (CBCR) for extractives industry and forestry companies this autumn. The investors, which include F&C Investments, SEIU Pension Plans Master Trust, Standard Life investments and SNS Asset Management, have written to Michel Barnier, European Commissioner for Internal Market and Services, backing draft legislation on CBCR, which requires multinationals to disclose financial information such as production shares with governments, bonuses, royalties, and taxes for each country they operate in via their annual statements. The investors belong to the Extractives Industry Transparency Initiative, which has been lobbying companies for several years to adopt voluntary disclosure on the lines of CBCR. The market value of extractive industry companies listed in EU-stock exchanges is more than €2 trillion and they make up a large part of investor portfolios. In their letter to Barnier, the investors note that the EU is moving in the directionof the US Dodd Frank Wall Street Reform and Consumer Protection Act, passed in July 2010, and revised listing requirements in Hong Kong, which require companies to publish their payments to governments on a country-by-country, and potentially project-by-project basis. The investors say they support the EU’s initiative for increased transparency both through voluntary (EITI) and regulatory approaches. They say the two are complementary and ultimately enhance the prospects for risk adjusted investment returns by improving disclosure, which contributes to more stable and transparent bidding markets for contracts, licences and permits, and lowers the risk that governments will seek to renegotiate or rescind contracts or nationalise projects. However, they warn the Commissioner against exposing companies to conflicting legal requirements. To this end, the investors propose a single global disclosure regime with a mutually recognised reporting process across jurisdictions. US government officials are understood to have been actively engaging financial regulators in Europe and Asia to promote such convergence.