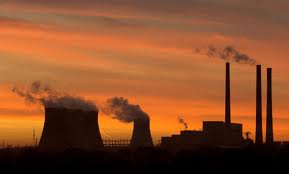 A new report from the Carbon Disclosure Project suggests that companies leading on climate change generate superior returns for investors.

An investment in a basket of shares in the CDP’s Carbon Disclosure Leadership Index (CDLI) would have generated total returns of 67.4%, more than double the 31.1% return of its Global 500 group, according to analysis from report co-author PricewaterhouseCoopers.

Companies in its related Carbon Performance Leadership Index (CPLI) generated average total returns of 15.9% since 2010, “more than double the 6.4% return of the Global 500,” PWC added. There are 51 companies in the 2012 Carbon Disclosure Leadership Index ranging from France’s Danone, Saint-Gobain and L’Oreal to Germany’s Bayer, BASF, BMW Daimler, Siemens, Allianz and Deutsche Post. The US has the most entrants, with the likes of Microsoft, Coca-Cola, News Corp. and PepsiCo.

The CDLI is not currently an investable index, although CDP scores are incorporated into FTSE CDP Carbon Action series, said Marcus Norton, Head of Investor CDP.

CDP data is also used in the Green Index and an associated exchange traded fund (ETF) from South Africa’s Nedbank.

The CDP and financial data firm Markit launched a series of indices based on the CDLI in 2009, although they are no longer available.

Developing new indices is “certainly something we would look at” Norton said.The Carbon Disclosure Project, which gathers corporate climate change data on behalf of 655 institutional investors representing $78trn (€60.7trn) in assets, says in its new Global 500 Climate Change Report 2012 that there has been a 10% rise in the number of companies integrating climate change into their business practices.

Seventy-eight percent of the 379 respondents featured now integrate it, compared to 68% last year. This contributed to a 13.8% reduction in reported corporate greenhouse gas emissions.

And 81% of reporting companies now identify physical risk from climate change, with 37% perceiving these risks as a real and present danger, up from 10% in 2010.

Malcolm Preston, global lead, sustainability and climate change at PWC, said: “The reality is the level of corporate and national ambition on emissions reduction is nowhere near what is required.” He called for regulatory certainty to promote long-term investment decisions.

The CDP, which earlier this year said it would absorb the Forest Footprint Disclosure Project, hosts its virtual Global Climate Change Forum today.