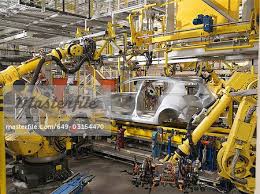 CDP, the corporate environmental data body that works with 822 institutional investors with $95trn in assets, is building out its new investor research team headed by James Magness.

Magness joined London-based CDP (the former Carbon Disclosure Project) last August as Head of Research within the investor team led by former hedge fund executive James Hulse. Magness is a former global equity analyst at HSBC where he helped to set up its global cleantech research business. More recently he was with Nomura for two years in European cleantech equity sales.

His brief is to work with Hulse, who joined the organization when it absorbed the Forest Footprint Disclosure initiative he headed in 2013, to put together new research and analysis to demonstrate the exposure of companies and investor portfolios to carbon risk and drive shareholder engagement and corporate change. The team will ultimately grow to five and is currently recruiting.

The first fruits of that work were published earlier this month. The No room for passengers: are auto manufacturers reducing emissions quickly enough? report on the automotive sector ranked companies in a ‘super-league table’ of emissions-related metrics which could have a material impact on company performance.

It’s the first of a series of in-depth sector analysis that will, in the words of CDP Executive Chairman PaulDickinson, “provide investors with the most comprehensive environmental data analysis in the market”.

Magness told Responsible Investor he’s been on a roadshow marketing the research to brokers (the “sell-side”) and other investors. “We need to focus on the sell-side as a conduit to the buy-side [asset managers],” he said, stressing that the CDP is not in competition with sell-side research.

For one thing, Magness explained that the 45-page report, which makes use of both CDP and other data sources, does not make an explicit investment case because it does not include valuation models, solely focusing on the environmental, not financial, numbers.

Engagement topics are provided for the companies analysed. Ford, for example, could be engaged because it is at risk of missing its 2016 emissions target (risking a $889m fine) and the fact it is a laggard in manufacturing emissions.

“Our new research can better inform investment decisions and enable investors to engage with companies,” says Dickinson. The move into investor research is in line with a commitment the CDP made in its strategic plan published in May last year.

The next research, likely to be published in April, will be on electric utilities. This will be followed by oil & gas, consumer goods, metals & mining and materials, Magness said.