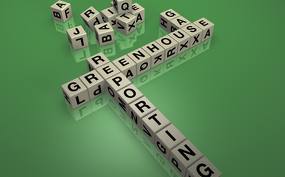 There’s been a call for “more orchestration” of efforts to set corporate carbon reporting standards. It comes from the head of the Climate Disclosure Standards Board (CSDB) at the Carbon Disclosure Project.

In the light of various projects to develop disclosure standards, CSDB Executive Director Lois Guthrie likened the situation to “notes on a musical score that are currently being played in isolation”.

“The future will hopefully see more orchestration of efforts on reporting as envisaged by the inter-agency work on consistency by CDSB, GRI [Global Reporting Initiative], the OECD and UNCTAD [UN Conference on Trade and Development],” Guthrie says. She calls for a climate reporting equivalent of the “universal language” of International Financial Reporting Standards (IFRS).

It comes as the UK is planning to oblige all listed companies to disclose their carbon emissions, but the CDP says the draft legislation does not specify a standardised reporting approach nor demand that companies make a full assessment of how climate change affects them.

The CSDB is an initiative of the Carbon Disclosure Project and Guthrie’s comments come in the CDP’s latest review of carbon emissions in major UK companies – titled The Future of Carbon Reporting CDSB, which was founded at the World Economic Forum in 2007, launched its Climate Change Reporting Framework in 2009.

In the report, the CDP says future corporate reporting on climate change will focus on consistency, data quality, and demonstrating how it integrates with strategy.

“The theme of this year’s report is the Future of Reporting, an issue which is currently under a significant amount of stakeholder scrutiny and in my view lies at the heart of the ‘externality’ problem,” says London Pension Fund Authority CEO Mike Taylor in the report’s foreword, referring to the impact of decisions on others.

The new CDP report shows that 96% of the FTSE 100 and 69% of FTSE 350 this year responded to its information request. The leading companies on carbon disclosure and performance are Anglo American, Diageo, Mondi, Morgan Crucible, Reckitt Benckiser and Unilever.

The CDP sends requests to companies on behalf of 655 institutional investors with $78trn in assets.