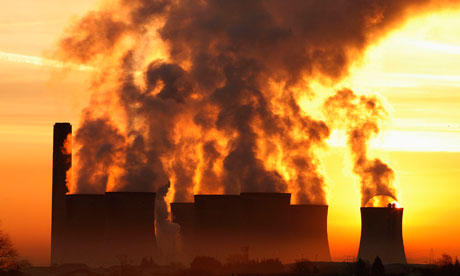 The majority of firms in the FTSE 350 index have not set sufficient targets for reducing C02 emissions that match the 1.7-2.6% annual reductions for each company set out in the UK government’s ‘carbon budgets’ to reach the national target of 80% emissions reductions by 2050. The Carbon Disclosure Project’s (CDP) 2011 FTSE 350 report revealed that only 46 of the 350 had adopted ‘absolute’ targets for reducing carbon emissions that go beyond the government recommendation. Furthermore, CDP said 33% (114 companies) of the FTSE 350 had failed to respond at all this year to its annual survey, despite a forthcoming decision in 2012 by the UK government about whether to require mandatory corporate reporting on climate change. However, overall reporting figures, according to CDP, have improved. The organisation, which is backed by 551 investors with $71 trillion in assets, said 66% (138) of FTSE 350 respondents had disclosed emissions reduction targets for 2011, an increase from 58% (126) in 2010. Nonetheless, just 15% of companies’ C02 reduction targets stretch beyond 2020, which CDP said was “somewhat worrying” when twinned with the fact that 79% of respondents saidclimate change was a risk to their business, up 11% from 2010. Top performing companies in 2011 based on the FTSE Carbon Disclosure Leadership Index, which ranks companies according to C02 reductions and reporting are Tesco, British American Tobacco, BG Group, Great Portland Estates, GlaxoSmithKline, Serco Group and Cable & Wireless Worldwide. The most popular emissions reduction initiatives for companies related to energy efficiency measures such as building processes, building services and building fabric and behavioural change. CDP said carbon intensive sectors such as materials, energy and industrial companies may have to take on more ambitious reduction targets as the government legislates to achieve its 2050 emissions reductions targets. The three sectors represent 30% (106) of the FTSE 350 in number but account for 71% of the total emissions disclosed. However, only 55% (39 of 70 respondents) said they set emissions targets. “This indicates that the government may have to intervene to generate further action in these sectors,” said CDP.