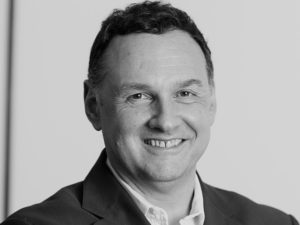 The UK-based organisation, formerly the Carbon Disclosure Project, said he joins from US sustainability advocacy group Ceres where he was executive director and chief operating officer.

Ceres spokesman Peyton Fleming told RI that no one had been appointed to take Pierce’s place at Ceres, which is headed by President and Founding Board Member Mindy Lubber.

Pierce had been with Ceres since 2008 and was Executive Director since 2011, overseeing programs, operations and strategic planning.

Prior to Ceres, he was the director of the climate and energy program for the Union of Concerned Scientists, and a former consultant to global companies, UN agencies, and international development organisations.CDP, backed by more than 767 institutional investors representing an excess of $92trn in assets, said he would be responsible for its strategic plan in North America, saying he would help to drive investor engagement with companies to reduce emissions, safeguard water resources and prevent the destruction of forests.

“I am joining CDP at a very exciting time in its growth. The organisation has been at the forefront of environmental disclosure, measurement and management around the world for nearly 15 years,” Pierce said. CDP Chief Executive Paul Simpson said: “His extensive knowledge of the institutional investor, corporate and policy landscape in the US will help to further engage investors and corporations to better manage environmental risk in their portfolios.”

Pierce is also on the Steering Committee of the sustainability ‘rate the raters’ initiative, the Global Initiative for Sustainability Ratings, a project of Ceres and the Tellus Institute.

On December 11, CDP is hosting an event in London called ‘Investor Action: Shifting from Disclosure to Performance’, an “opportunity to hear about latest trends in climate change risk mitigation for investors”.