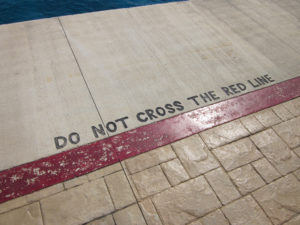 (Amends to reflect the final guidance will affect company chairs, not CEOs.)

It involves “Red Lines” for fund managers on environmental social and governance (ESG) voting guidance at companies in what could be a game-changer for responsible investment activity at 2016 corporate annual general meetings (AGMs).

The AMNT is a not-for-profit organisation of 400+ trustees working at the heart of the boards of UK pension schemes. If a company crosses a Red Line, then fund managers running assets for schemes with AMNT trustee members will be expected to comply with the share voting steer (if approved by the pension fund), or explain why not.
The association worked with CDP to evolve five Red Lines for the environment and, at the time, CDP said itwas an “unprecedented opportunity” for pension funds to engage on vital ESG issues with companies.

Now, as it unveils its latest Global Climate Change Report, the CDP reckons the growing momentum among the corporate world is coinciding with increasing engagement on climate change from the investor community.

“If the recently introduced landmark pension fund voting guidelines known as the Red Lines are applied, failure to disclose to CDP may put chairpersons’ jobs at risk,” it says.

The international not-for-profit CDP issued its report on behalf of 822 investors representing $95trn. The new publication includes the 2015 Climate A List, which comprises those companies identified as A grade for their actions to mitigate climate change.