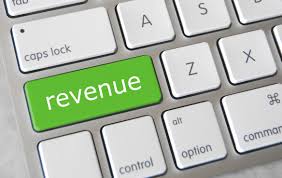 The CDP, the investor-backed environmental data body, says there’s a link between revenue growth and emissions reductions as it launches a paper on corporate alignment with Paris Agreement

The new data shows companies that have reduced their carbon emissions have seen their revenues grow by the same levels, in what analysts are calling proof that “the low-carbon transition can bring high returns”.

The research is part of a new series of reports on how corporates are aligning themselves with the Paris Agreement on emissions reductions. The reports will be published annually, assessing disclosures made by more than 1,000 companies around climate mitigation.

Details of how corporates are adapting to climate change will not be part of the analysis.

Authors point to US real estate company Host Hotels & Resorts as a success story, having reduced emissions by 23% over five years, while growing revenues by 22%.Swedish consumer goods firm SCA was also praised for its efforts – including the purchase of a new biofuel kiln that reduces annual costs by €5m – which have led to emissions reductions of 32% alongside revenue increases of 19%.

The report also found that 85% of the companies assessed have established at least one target to help them reduce greenhouse gas emissions, but only 9% have committed to considering the transition to a 2°C economy, as agreed at COP21. However, it is worth noting that the data being assessed relates to companies’ activities before the Paris Agreement was made in December 2015.

“With hundreds of companies already disclosing to CDP that they anticipate substantive changes to their business resulting from the Paris deal, we expect to see a shift to longer-term, more science-based targets,” said CDP’s CEO, Paul Simpson.

CDP also highlighted major players such as Warren Buffett’s Berkshire Hathaway, Facebook and Amazon as absentees from the analysis because they declined to report to the NGO.