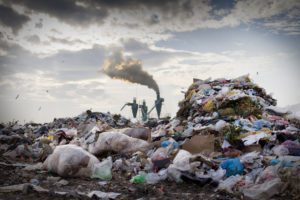 The Carbon Disclosure Project (CDP) will interrogate companies across the plastic value chain, as part of an expansion of the questions in its global environmental disclosure system.

In a Thursday announcement, the non-profit warned that, despite the scale of the plastic pollution problem and the extent of its impacts, many companies still have a limited understanding of how they contribute to it and their exposure to related commercial, legal and reputational risks.

Cate Lamb, director of water security at CDP, explained to Responsible Investor: “While they may know where plastic is produced or consumed in their direct operations, the ability to track plastics to the ultimate source is nascent. Evidence suggests that full traceability across value chains is essential if we are to harness their power to deliver on our sustainability goals.”

Lamb said that a range of sectors will be targeted by the new disclosure questions. “We’re looking across the full plastic value chain – from producers, distributors and sellers. On the latter, it’ll be both whether they directly sell it, or indirectly by having their products wrapped.”

CDP’s approach will be collaborative and informed by existing frameworks, including the Ellen MacArthur Foundation and UNEP’s New Plastics Economy Global Commitment framework, which has been running since 2018.

Lamb added that CDP was unlikely to score firms in the first two years.

For the past seven months, CDP has been undertaking a consultation with corporations, financial institutions, CDP supply chain members, research institutions and other NGOs, including The Pew Charitable Trusts, Minderoo Foundation, World Business Council for Sustainable Development and WWF.

The next step is for a pilot to kick off in early 2023, to be followed by the April launch of the disclosure platform.

In related news, Lamb told RI that CDP is undertaking a landscape assessment of the ocean disclosure and data space to understand what existing frameworks are out there, what data the markets may need, and to understand how CDP can best contribute to achieve radical improvements in ocean health.

The landscape assessment is set to be complete within the month and CDP’s Ocean Strategy will be finalised by the end of December.

Lamb said: “There is clearly a lot of hard work that has already been undertaken by others, including NBIM ocean sustainability principles, Ocean Disclosure Initiative and Fondation de la Mer. We will be inviting these and other institutions to work with us over the coming months to identify how best to put the CDP machinery to work to accelerate action.”

Asked when CDP will include oceans in its annual questionnaire, Lamb said it’s too early to say which questions they will need to add and when.

“However, it’s important to realise that our existing work to reduce GHG emissions, halt water pollution and stem the plastic crisis all contribute to a healthy ocean. The actions companies, financial institutions and cities are already taking to tackle these issues are directly contributing to reducing their impacts on the ocean and we must double down on these efforts if we are to succeed.”

The news comes as a group of investors, consumer goods companies and plastic producers launch a coalition to engage with governments on introducing an ambitious global plastic pollution treaty.

Fidelity International, BNP Paribas Asset Management and Achmea are among the 22 financial institutions to sign on to the Business Coalition for a Global Plastics Treaty. They are joined by a series of plastic producers including Austria’s Borealis, as well as consumer goods giants Walmart, Unilever, Nestlé and Mars.

The Ellen MacArthur Foundation and WWF will convene the coalition, which will seek to engage with governments as the UN’s intergovernmental negotiating committee continues its work on developing a legally binding instrument on plastic pollution following a UN environment assembly resolution in February this year.

The signatories set out three asks for the negotiations, calling on governments to set clear goals, targets and obligations; define a “comprehensive and coordinated set” of policy measures, including harmonised financial incentives for circular economy solutions; and include instruments to support monitoring of progress.

Multilateral negotiations on the treaty are expected to be completed by the end of 2024. The coalition expects to “assess further opportunities for impact” once a text has been adopted and the treaty opened for ratification.

Jamie Bonham, director of corporate engagement at Canadian investor NEI – also a member of the coalition – told RI that the firm had a “very active policy programme”.