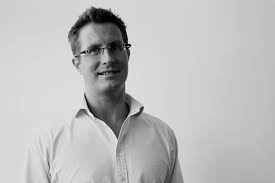 James Magness, the former HSBC cleantech analyst who joined the CDP to head up its research team, has left to join a boutique fund manager after less than two years in the role.

Magness joined CDP, the former Carbon Disclosure Project, in August 2014 as the investor-backed environmental data body made a push to develop a research and analysis capability targeted at investors.

The first fruits of that work were published early last year with the No room for passengers: are auto manufacturers reducing emissions quickly enough? report on the car sector which ranked companies in a ‘super-league table’ of emissions-related metrics. Just this month the team published a report on the cement industry and forthcoming reports on steel and oil & gas are scheduled for September and October respectively. The research uses both the CDP’s own data and external sources.

CDP runs an annual disclosure process on behalf of 822 institutional investors with combined assets in excess of $95trn and the idea behind the research initiative is to provide a series of in-depth sector analysis to, in the words of CDP Executive Chairman Paul Dickinson, “provide investors with the most comprehensive environmental data analysis in the market”.But Magness has now left to join Verrazzano Capital, the Paris-based European equity specialist, as Senior Equity Analyst where he will be involved with “high conviction long or short stock ideas in the energy space” in the context of the global low carbon transition.

Verrazzano, which runs long only and equity long short strategies, was founded in 2011 by Guillaume Rambourg, the former Gartmore hedge fund manager.

Before joining CDP, Magness was a global equity analyst at HSBC where he helped to set up its global cleantech research business. Before that he was with Nomura for two years in European cleantech equity sales. He reported to James Hulse, the CDP’s Head of Investor Initiatives.

A CDP spokesperson, confirming Magness’ departure, told RI that the organization would be announcing a new Head of Research early next month.

Magness told Responsible Investor in May 2015 that he had been on a roadshow marketing the research to brokers (the “sell-side”) and other investors, saying: “We need to focus on the sell-side as a conduit to the buy-side [asset managers].” It was stressed that the CDP was not in competition with sell-side research. The move into investor research was in line with a commitment the CDP made in its strategic plan in 2014.

The CDP is currently advertising for a Research analyst, Investor Research.