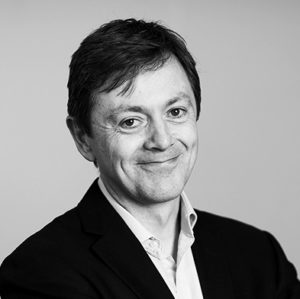 James Hulse is leaving investor backed-environmental data body CDP after four years, most recently as its Head of Investor Initiatives.

The CDP is backed by 365 investors with $22trn in assets and Hulse’s role was in part to act as a bridge between its research and its signatory base. The CDP says it is recruiting for the role to lead the 15-strong investment team.

Hulse, who joined the CDP when it absorbed the Forest Footprint Disclosure Project he headed in 2012, has a background in investment banking and fund management having set up what’s claimed to be the world’s first climate change hedge fund.

He left the financial markets in 2008 to take a Masters in Environmental Technology and went into the NGO sector.

Hulse oversaw the development of the CDP’s investor research push that was kicked off by then Head of Research James Magness, a former cleantech analyst. Magness himself left the CDP in June this year to join Verrazzano Capital.

Hulse is a member of the Global Advisory Council at Cornerstone Capital, the boutique set up by former UBS executive Erika Karp.

Confirming the departure, a spokesperson said: “The investor team has been transformed under James’ tenure, delivering a strategy which has expanded the team and its expertise enormously.“Notable successes under James’ leadership include CDP’s award winning research for investors into high emitting sectors, building investor momentum to deliver on the Paris Agreement and driving corporate disclosure on behalf of investors.”

Hulse’s departure comes as the world’s environmental disclosure systems are preparing for recommendations that are due shortly from the Task Force on Climate-related Financial Disclosure (TCFD), the Financial Stability Board initiative championed by Bank of England Governor Mark Carney.

The CDP spokesperson said: “CDP will continue to focus on embedding its new sector based strategy aligned to Mark Carney’s Task Force recommendations, once published.”

The spokesperson said CDP’s investor team continues to grow and in March, hired Rick Stathers, formerly of Schroders as its new Head of Research.

“James plans to take time off to spend with his family before seeking a new role later in 2017. We wish James every success in what will no doubt be a successful future and thank him for all his hard work for CDP during his time with us.”

Meanwhile, the CDP has released a new report on deforestation. “Revenue at risk: Why addressing deforestation is critical to business success analyzes data disclosed by 187 companies this year on their deforestation risk management strategies. It found that up to $906bn in company turnover depends on commodities that drive the majority of tropical deforestation globally.