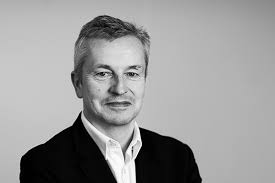 With the Paris Agreement now in place, investors have a historic window of opportunity to address climate change. But it is a window that is finite and requires swift action.

The momentum that has created this unique opportunity is in large part created by investors themselves. Thanks to global investors speaking with a loud and clear voice, this became a crucial contributing factor to the success of the Paris Agreement. Back in December, nearly 400 investors around the world representing $24 trillion in assets joined together to support a strong global climate deal. And investors stepped up to the mark – with more capital invested in renewable energy in 2015 than in oil, coal and gas projects combined (1).

It means that responsible investors are now positioned as both ‘future makers’ and ‘future takers’ – they are influencing which path the world takes and will be influenced themselves by climate risk and opportunity. A good example of the latter was a study carried out by Mercer which concluded that, assuming a scenario of global temperatures being limited to a two-degree rise, utilities’ returns could fall from 5.1% p.a. to 1.2% p.a. over the next 10 years. In contrast, the renewables sub-sector can be expected to see potential returns increase from 5.3% p.a. to 10.4% p.a (2).

Jane Ambachtsheer, Chair of Mercer’s Responsible Investment business, a member of the FSB Task Force on Climate-related Financial Disclosures and recently appointed to the Board of Trustees at CDP, noted that: “The effective management of climate risk by asset owners relies on access to good information and strategic thinking. It is imperative that consulting firms are proactive in helping their clients to think through this quickly evolving risk, and that the industry has access to high quality and consistent information. CDP represents critical infrastructure in this regard”.

The momentum has continued into the current proxy season where significant numbers of shareholder proposals on climate risk are being filed. For example, an international coalition of investors, including CERES’ members, is filing and supporting climate risk resolutions that ask U.S. energy companies to stress test their portfolios against the globally-agreed two degree target (3).This comes on the back of calls from the EU’s financial watchdog (The European Systemic Risk Board) for governments to consider imposing stress tests on banks (4). The kind of climate stress testing that both investors and EU officials are calling for can help investors avoid multi-billion dollar losses a decade from now, and throws a spotlight on which companies are preparing to create long-term value rather than simply survive the current downturn in energy markets.

Given that it is only around 50 companies in total (5) from high emitting sectors who are responsible for most man-made global warming emissions such as oil and gas, mining, and utilities to name a few – the potential for investors to effect positive change is high. But the longer investors wait to engage with this challenge, the greater the risk of abrupt change and far more costly the resulting economic adjustments.

A unique gathering of tailwinds

The tailwinds of opportunity emerging from this historic climate agreement have swept in significant market change, resulting in unprecedented shareholder collaboration as well as giving investors increased practical tools to start assessing their carbon exposure. Most importantly, the game has changed when it comes to access to the environmental data required to make informed investment decisions.

CDP is the perfect example of this. Since its inception 15 years ago, there has been a 20-fold increase in investor demand for environmental data – and CDP now holds data from over 5,600 companies. Nearly one fifth of the world’s greenhouse gas emissions are now reported by companies through CDP.

We’re also seeing many regulators and stock exchanges around the world respond to calls to ensure environmental reporting is consistent and compulsory. More than 1,000 UK-based companies listed on the main stock exchanges now have to report carbon emissions in their annual reports. The European Union has also drawn up its accounting directive, which will require more than 6,000 companies to report regularly on environmental, social and governance factors.

The new Task Force on Climate-related Financial Disclosures (TCFD), established by the Financial Stability Board and chaired by Michael Bloomberg, adds regulatory impetus to this sea change.
TCFD is developing the consistent climate-related financial risk disclosures for use by companies that many investors have been requesting for years.

In short, it means that investors are now starting to get their hands on the data they need to understand the risks and the opportunities, engage with their investees on long-term behavioural changes and, ultimately, to make informed decisions.

The known risk of unmitigated climate change, and growing investor interest in ensuring we avoid this, has created a valuable moment when investors can build and benefit from a new future.Investors have the power to shift trillions of dollars towards low-carbon investments; it’s important they seize the day.

Paul Dickinson is Founder and Executive Chair at CDP.