Responsible Investor
Home News & Analysis Environmental CDP’s Paul Simpson on dynamic materiality and why disclosure is ‘not the...
Return to search
Hot Topics 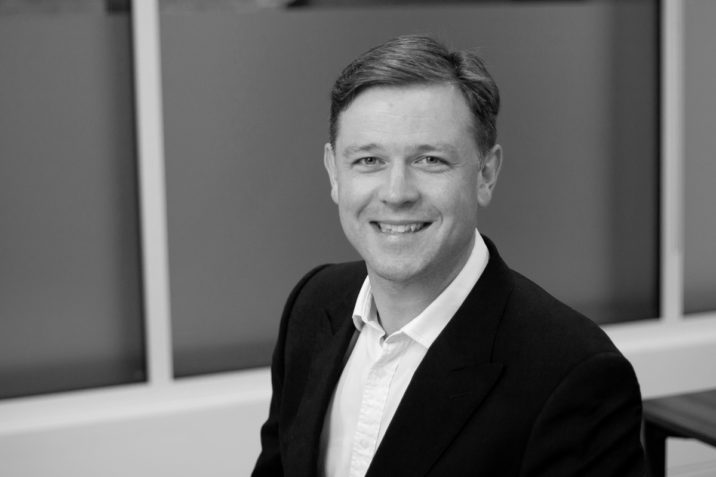 Amid justified frustration about the lack of progress on climate change in the financial sector, it can be salutary to be reminded just how far the industry has come in the past two decades.

When the Carbon Disclosure Project was inaugurated in 2000, says co-founder Paul Simpson, few people were willing to even talk about climate. “The markets weren’t seeing it as an immediate risk, and almost no companies were measuring their greenhouse gas emissions – let alone having any strategy or targets,” he says.

The prevailing attitudes are reflected in the wording of the first letter sent by the nonprofit to big corporations requesting details of their carbon emissions. Sent in 2002, it reads: “As investors, we wish to better understand the risks and opportunities from the perception of climate change.”

Simpson says this was the only way to ensure sufficient investor support for the project. “At the time, some investors wouldn’t sign a letter that implied climate change was real – and they were American – because they felt there was a legal risk from doing so.”

The word “perception” was only in the letter once, he adds. “After that we took it out, because we thought climate change is real.”

That first letter, which was backed by 35 investors, was sent to 500 of the world’s largest corporations, of which 245 responded. By the end of last year, more than 13,000 companies, representing 64 percent of global market capitalisation, were disclosing through CDP, along with more than 1,200 cities, states and regions.

And the organisation continues to expand its reach. Last week saw the launch of the latest iteration of its Non-Disclosure Campaign, where investors engage with companies that have previously failed to respond to CDP’s request to disclose on environmental factors.

As well as emerging as the leading corporate climate disclosure framework, CDP has also been a key driver of a range of broader climate programmes including the Science Based Targets initiative, We Mean Business Coalition, The Investor Agenda, and the Net Zero Asset Managers initiative.

All of this has been achieved on Simpson’s watch. After taking over as CEO in 2008, he spent 14 years in post before stepping down on 29 June – four weeks after receiving an OBE for services to tackling climate change in the Queen’s Jubilee 2022 Honours List.

Before he left, Responsible Investor sat down with Simpson to discuss the past, present and future of climate disclosures.

Perhaps unsurprisingly, much of our discussion focused on regulation – more specifically, how policymakers are finally picking up the baton on disclosure from voluntary organisations such as CDP.

Simpson flags a wave of actions by regulators – in the UK, EU, US, Singapore, Japan, India and Canada, among others – on disclosure, and the growing support of nations for the work of the International Sustainability Standards Board (ISSB), which is tasked with developing “a global baseline” sustainability disclosure regime for corporations.

“We’re really now in the mainstreaming and institutionalisation phase of regulation of capital markets with regards to climate and environment,” he says. “The glass is now more than half full and it’s up to the regulators and the governments to fill it, as some companies will always resist a market-led disclosure system.”

Mention of a global baseline, however, begs the question of where the line should be drawn – which, in turn, inevitably brings us to the question of “double materiality”.

In the EU, the upcoming Corporate Sustainability Reporting Directive (CSRD) is expected to be underpinned by double materiality, which takes into account the social and environmental impact of a company.

By contrast, the ISSB has pledged to take an enterprise value approach, focusing on how sustainability impacts a company’s valuation.

Yet the picture is becoming less clear cut. The IFRS Foundation, which launched the ISSB, recently partnered with the Global Reporting Initiative (GRI) – a champion of double materiality – to coordinate the activities of their standard-setting boards to reduce the reporting burden for companies and to harmonise the sustainability reporting landscape.

Meanwhile Europe’s securities watchdog ESMA said in February that the CSRD should not “unnecessarily depart” from the ISSB.

Some have suggested that double materiality vs enterprise value is a false dichotomy. Speaking at the RI Europe conference in London last month, Mark Manning of the UK’s Financial Conduct Authority (FCA) said a double materiality approach to disclosure was unnecessary: “It is plainly not the case that we will miss a corporate’s external sustainability impacts if a double materiality lens is not applied.”

“A big theme will also be accountability – are companies and investors taking responsibility for their impact and is it good enough?”

Manning, who leads the UK regulator’s policy work on sustainable finance and stewardship, said the conventional approach of focusing on company enterprise value would be sufficient to capture all factors relevant to investor decision-making as long as they were material.

The CDP has traditionally taken a double materiality approach. For Simpson, having different approaches coexisting in the market is “healthy”. He also highlights the increasing focus on the new concept of “dynamic materiality”.

“Dynamic materiality means that one year something may not be material to your business, but the next year there may be a new piece of regulation, a new protest outside your offices, or new technology or an extreme weather event or a crisis that will then change what is and isn’t material,” he explains.

This suits a process which, as Simpson notes, is itself “very dynamic”. “Then the question is, where does it need to evolve so that we have highly functioning capital markets and capital markets that ensure the safety and stability of humans on the planet?

“Capital markets don’t see that as their job, but if there’s no safety or stability of humans on the planet, then the capital market is not going to function.”

Even so, while Simpson is convinced that mandatory climate reporting is coming in most, if not all, capital markets, he warns that disclosure is “not the end game”.

“We will need – and can expect to see – other types of regulation to incentivise further action like carbon pricing and trading,” he says. “I think a big theme will also be accountability – are companies and investors taking responsibility for their impact and is it good enough?”

Another increasingly important trend in the disclosure space for Simpson is the widening of the focus beyond climate: “We – like many have – went climate first, as it is fundamentally important. However, it must also be about things like nature and having a holistic approach.”

A big concern in Davos was that a lot of dirty companies could become private, so we need to work with the banking sector and central banks

In recent years, CDP has broadened its remit to cover water usage and forests – but so far has seen limited take-up in these areas. While more than 13,000 companies disclosed on climate in 2021, just 3,368 did the same for water and 864 for forests.

In its new five-year strategy, unveiled in January, CDP has pledged to expand its work to cover all the nine planetary boundaries, including waste, oceans and biodiversity – which already features in the initiative’s corporate questionnaire.

Simpson also flags the importance of ensuring that disclosure is expanded beyond listed companies into private markets. As he notes: “A big concern in Davos was that a lot of dirty companies could become private, so we need to work with the banking sector and central banks.”

At the end of last year, CDP launched a pilot programme working with private equity companies to encourage them to request disclosures from their portfolio firms.

Another untapped area that CDP is watching concerns the Just Transition. “It’s not a short-term priority in our work, but we are open-minded and it’s a possibility,” says Simpson. “The question for us would be, do we include a relatively small section in the climate questionnaire or do we do something in time like a social indicator. If we did it, we would be in partnership with somebody who is a social expert like the GRI.”

Asked what else he hopes his – as yet unknown – successor should focus on, Simpson highlights the opportunity for CDP to do more with technology to add value to the data. “There have been great insights from capital markets’ use of technology.”

As for Simpson himself, his short-term plan is to take some time off – but he is unlikely to be out of the market for long. “I will almost definitely continue to work in the climate/environmental space, helping to close the gap between science and markets.”