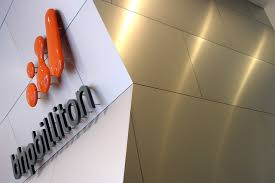 Investors have trumpeted what they say are significant engagement successes at two major mining and energy companies after BHP Billiton, the Australian mining giant, published significant CO2 data as well as scenario planning on climate change, while Australian power company AGL Energy commitment to a 2-degree celsius constrained business model.
Investors belonging to the Aiming for A coalition, which has been filing shareholder resolutions at heavy polluters to improve their environmental policies and improve their score in environmental data body CDP’s A-E rankings, applauded BHP’s climate statements in its new sustainability report
They said they would press peer companies to follow suit via a series of shareholder resolutions in the 2016 proxy season.
At its 2013 AGM, BHP was the pilot for Aiming for A. The company was scoring badly at the time on environmental policies: see RI report from 2013
In its latest report, BHP said it had been talking with investors and had significantly improved its CDP score. It said it would financially back the commercialisation of carbon capture and storage (CCS), which has yet to achieve any serious scale. In addition, it said it had published detailed climate scenario planning, which investors have called for over fears that carbon intensive assets could be stranded by technology and tightening regulation. BHP invited investors to a meeting today in London (September 29) to question what it is calling its ‘portfolio approach’ to climate change disclosure. Link to Climate Change Portfolio Analysis report
Helen Wildsmith, Head of Ethical & Responsible Investment at CCLA, the UK-based charity fund manager, which has been a driver of Aiming for A, said: “We applaud BHP Billiton for proactively improving their disclosure. In co-ordination with the global Carbon Asset Risk investor initiative, representing over US$3.5 trillion of collective assets, we will be proposing further shareholder resolutions at some of the largest companies in these sectors in 2016 to promote similar stress testing.”Stephanie Maier, Head of Responsible Investment Strategy & Research at Aviva Investors, and Chair of the Institutional Investors Group on Climate Change’s member-led corporate engagement group, said: “This provides an excellent starting point for more detailed dialogue with investors on portfolio stress testing and future cap-ex decisions in a carbon efficient manner.”
The backing comes as succour for BHP after its shares fell to a seven-year low this week as commodity prices plunge.
The UK-based Asset Owners Disclosure Project (AODP) welcomed the separate landmark decision by AGL Energy. The Australasian Centre for Corporate Responsibility (ACCR), Australian campaign group GetUp and a number of ethical financial advisers, had tabled a resolution at AGL’s September 30 AGM proposing that it shift forward to 2030 plans to phase out coal-fired power generation by 2050. The campaign is supported by the AODP’s Vote Your Pension campaign https://www.voteyourpension.org and social media member organisations SumofUs and Avaaz.
AODP chair John Hewson, the former leader of the Australian Liberal Party, said: “The Australian government must now look at the example AGL and its shareholders have given and immediately ramp up its commitments to the UNFCCC. Leadership is now appearing amongst companies and investors, and both can now look to governments to properly play their part. Engagement as a pathway to manage climate risk has come under huge attack, but this is a turning point. However investors must now ask real questions as to why AGL rejected an ordinary resolution on this issue two months ago only to then embrace the issue when under pressure.”