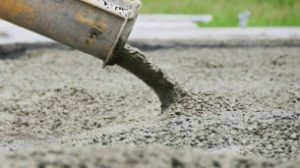 A new report from environmental NGO CDP highlights that the cement industry, described as “a heavy and largely invisible polluter”, needs to more than double its emissions reductions to meet Paris Climate Goals. Speaking to Responsible Investor, Marco Kisci, Senior Analyst at CDP, says its vital investors engage with cement companies on disclosure around climate change, understand the climate change risks to the industry and encourage action such as strengthening governance and investing in R&D. In the report ‘Building Pressure’, CDP says the cement sector accounts for 6% of global CO2 emissions and is the second most polluting industrial sector. Concrete, which is made from cement is the second most consumed product in the world after water. The built environment, including offices and homes, uses the material extensively. Regulation of the built environment sector so far has been light, says CDP, but rising ambitions for low carbon cities and tightened building regulations could change the situation. ‘Building Pressure’ analyses 13 of the world’s largest listed cement companies and finds they need to more that double their emissions reductions if they are to limit global warming to below two degrees. A table ranking the 13 companies across four key areas aligned with the Task Force on Climate-related Financial Disclosures (TCFD) has Indian organisations Dalmia and Ambuja topping the list. This, the CDP says, is due in part to better access to alternative materials and newer and efficient cement plants compared to European peers relying on older plants.Dalmia and Ambukja, along with Swiss cement firm LarfargeHolcim, are the only three companies with emission reduction targets in line with the trajectory required for two degrees warming. Overall, CDP finds cement companies are not incentivizing long-term climate risk management through remuneration and warns five companies do not have internal carbon pricing when legislation could have a huge material impact. It says the cement industry is missing the opportunity of using alternative materials to decarbonise and carbon capture and storage (CCS) is still at a pilot stage in the sector. Paul Simpson, CEO of CDP, said: “Cement is a heavy and a largely invisible polluter, yet taken for granted as a necessary building block of basic civilisation. With potential pressure coming from multiple sources, including down the value chain in the form of building and city regulation, cement companies need to invest and innovate in order to avoid impending risks to their operations and the wider world.” Along with engaging with cement companies in the report, the CDP also encourages investors to start a dialogue with organisations that did not disclose for the report. These are Anhui Conch, Siam Cement, Dangote Cement and Chian Building Materials.