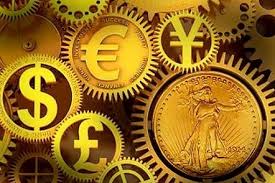 This is the second in a two-part series on how central bankers are engaging on the sustainable finance agenda. The first was an interview with the Banque de France.

Climate finance is now firmly on the agenda of central banks – witness the new Central Banks and Supervisors Network for Greening the Financial System (NGFS).

And the Bank of International Settlements (BIS), the ‘central bank for central banks’ that coordinates on financial supervisory and monitory policy activity, held its first symposium on green finance last year co-organised with think tank OMFIF.

The Bank of England and Dutch central bank DNB are already assessing exposure of climate change related risks of banks and insurers and the People’s Bank of China has issued criteria for projects that qualify under its green bond market.

And central banks are also starting to consider the responsible investment approach of their own assets, with France and Finland (with €20bn and €10bn respectively) leading the way.

But, Pierre Monnin, a fellow at the Council on Economic Policies (CEP), a think tank focused on sustainability, says while positive, its akin to an average pension fund making this move. “It is a very small amount of assets compared” to the ECB’s giant asset purchase program (aka quantitative easing), he says.

The CEP, along with other think tanks and some politicians believe it is vital that central banks start to consider climate change risks in their monetary policy work. CEP holds events for central banks on green finance. It is co-hosting an event with the NGFS and Bundesbank on scaling green finance in October.

Members of the European Parliament’s influential Committee on Economic and Monetary Affairs have been pressing the ECB on the issue, asking it to assess the climate impact of quantitative easing.

In April, ECB President Mario Draghi suggested that the ECB will look into conducting a climate assessment of its QE programme, which in part involved buying European corporate bonds.

The Bank of England has faced similar pressure with some UK parliamentarians, who backed a report from NGO Positive Money that argues that there is adisconnect between its policy on addressing financial climate risks and a monetary policy accused of boosting fossil fuel companies.
A paper from the London School of Economics entitled The climate impact of quantitative easing finds corporate bond purchases of the ECB and the BoE are skewed towards high carbon sectors. One of the paper’s authors, Sini Matikainen of the LSE, argues this has created a “carbon lock-in” keeping Europe in a fossil-fuel based economy over the long term by encouraging additional debt issuance.

While this is not a deliberate attempt to boost fossil fuel companies – the central banks simply buy what is in a market currently heavily tilted to energy consuming sectors – observers argue central banks could take a more proactive approach toward climate risk such as disclosure and vetoing fossil fuel bonds.

Monnin also says that as climate risks are not fully reflected in market prices, central banks should integrate them into their monetary policy operations.

The ECB’s ‘Corporate Sector Purchase Programme (CSPP)’ is in the process of winding down. But Monnin says the ECB could still use it to address climate risk going forward.

“It is going to be some years before the ECB disposes of all the assets that they have bought. They could start by selling the carbon intensive sector first. They could also reinvest the proceeds of the maturing assets into low-carbon assets,” he says.

Monnin says this would give an extra value for green assets on the market. Monnin expands on this and other ideas in paper called Central Banks and the Transition to a Low-Carbon Economy.

Monetary policy is an area that will be explored by the new NGFS. It includes central banks from some of the world’s largest economies including China, Germany, UK and France. Japan’s regulator the Financial Services Agency is also a member. While the US has no presence, the Federal Reserve has published papers on climate change.

For countries with less advanced economies, often more exposed to the immediate challenges of climate change, a paper from think tank New Economics Foundation argues they are engaging more seriously on the issue of sustainability and climate change than richer countries.

The paper, Green Central Banking in Emerging Market and Developing Country Economies, says central banks in India and Bangladesh have added categories to their existing priority loan programmes for green projects. In Bangladesh it is estimated that around 10% of the population has been supported by the central bank’s green financing programme in installing home-solar power systems. The paper outlines how in

countries such as Korea, Brazil and China, central banks have suppressed credit to brown sectors. Further, in Brazil, the central bank requires commercial banks to stress test their lending against environmental and social criteria and hold additional capital against these risks.

Also, green bonds have taken off with the support of the central bank in China, India and Korea. The People’s Bank of China has explicitly introduced green bonds in its collateral and macro-prudential policies, with a view to incentivise banks’ green lending.

The paper finds: “In contrast to advanced economies where central bank mandates are predominantly focused on price stability, many central banks in emerging and developing countries have a wider remit to support sustainable development and the government’s economic policy agenda.

Jakob Thoma, managing director at the 2 Degrees Investing Initiative and Academic Advisor to the Bank of England, says central banks are the key piece of the puzzle in addressing potential financial risks associated with climate change.

“Without the supervisors and central banks addressing this issue you don’t have the final piece,” he says. “Banks and investors report to financial supervisors on risks and look to them for guidance. If supervisors don’t look at disclosure and actions [on climate change] then there is a break of the chain. Supervisors thus need to be provided with the tools to monitor and conduct scenario analysis, especially given their access to data.”