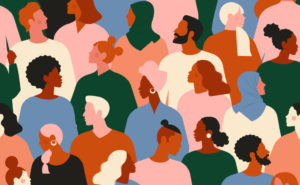 The Bank of England has called for an extension of pay gap reporting to cover ethnicity, and has suggested that central banks should "lead by example" by disclosing their own pay gaps.

Currently, just a handful of countries require companies to publish their gender and ethnicity pay gaps, according to the UK central bank's latest working paper, Understanding Pay Gaps. It says there is a strong case for an internationally harmonised reporting system to “allow cross-country as well as cross-company comparison”. This could cover information around pay gaps, but also data that monitors broader progress.

A comparable data set among peers and countries would encourage accountability, the authors say, pointing to the growth of transparency and competition on climate change as a result of the Taskforce on Climate-related Financial Disclosures – a body set up by former Bank of England Governor Mark Carney, whose recommendations have become a go-to set of expectations for climate reporting globally.

The report acknowledges data can be imperfect and provide misleading impressions of diversity patterns. It also acknowledges the risk that such disclosure could make companies cautious about investing in a pipeline of diverse talent, because hiring younger and lower-paid workers could worsen pay gaps in the shorter term. However, although valid, these points “are far from being knock-down arguments when it comes to publishing pay gap data,” the paper concludes.

It goes on to propose that, given their existing experience and leadership in the field, the Organisation for Economic Cooperation and Development (OECD) and UN agency the International Labour Organisation could lead the development of such an international, standardised disclosure framework.

To ensure strong flows of information, mandatory reporting on diversity and pay gaps could be extended, says the report.

In the UK, gender pay gap reporting only covers companies with more than 250 employees, representing 40% of the UK working population in the private sector. “There is also a case to extend compulsory reporting… to those with around 30 or more [employees], to increase the coverage of the UK employed population" it suggests.

There are currently no disclosure requirements regarding pay disparities on race and ethnicity. The BoE concluded that “there are strong grounds for extending compulsory reporting to ethnicity as well as gender. This analysis also emphasises the importance of looking at labour market outcomes for different ethnic minority groups, rather than necessarily treating ethnic minorities as a single group.”

This the 877th Working Paper from BoE. It uses data from the UK Labour Force Survey to estimate unconditional and conditional pay gaps for gender and ethnicity groups since the mid-90s. In general, the research points to a decrease in gaps, but they remain notable. Additionally, it found an interaction between gender and ethnicity: female ethnic-minority workers experience a larger pay gap than both ethnic minority male, and white female workers. Alongside the factors of gender and ethnicity, the report acknowledged others, such as, age and education.