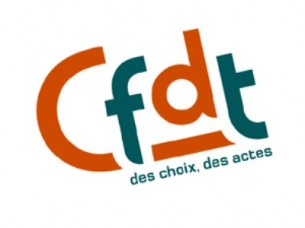 France’s largest trades union, the CFDT (French Democratic Confederation of Labour) has taken the novel step of signing up to the United Nations Principles for Responsible Investment (UNPRI) as an asset owner, in a move that will see it integrate ESG factors into the management of its €350m financial reserves taken from membership fees. The CFDT is the largest French trade union confederation by number of members and represents some 875,000 employees.
Chantal Labat-Gest, a member of the board of directors of ERAFP, the Paris-based 100% SRI invested retirement fund for 4.6 million French civil servants, and a representative of the CFDT, told a Novethic conference in Paris that signing up to the PRI corresponded to the CFDT’s values.
Separately, Aprionis, one of France’s largest savingscompanies managing money for the country’s ‘caisse de retraites’ – retirement reserves that are part of the country’s pay-as-you-go (PAYG) state pensions system – has also signed up to the UNPRI. Aprionis, which also runs healthcare and insurance money, was the result of a merger between Apri Prévoyance et Ionis Prévoyance earlier this year.
The signing of the PRI by the two French institutions boosts the relatively low level of asset owner signatories in France from five to seven. France does not have a large institutional asset owner sector because of the predominance of the PAYG pensions system, but its largest pension funds including FRR and ERAFP are key responsible investment advocates. The PRI’s annual PRI in Person conference will be held in Paris in September, 2011.