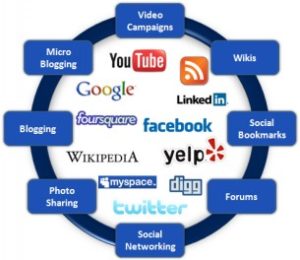 Where is my money being invested? Exactly how much am I being charged for the management of my investments? More to the point, can I have more say in how my money is managed please?
These are questions that are becoming more frequently asked by savers and investors. Whether it is the rise of peer-to-peer lending and crowdfunding, the shock of the Archbishop of Canterbury when he realised the Church of England pension fund held the shares of Wonga, the company accused of predatory lending, or the growing trend for foundations like the Rockerfellers to divest fossil fuels, the demands for greater transparency have increased and are unlikely to go away. When the financial crisis hit in 2008, it was the banking sector that was held up for scrutiny. Other parts of the financial services industry were spared the grilling. But some would argue that if such scrutiny were placed on the way pensions and other investments are managed by the industry on behalf of consumers, similar levels of public anger could easily be generated. And that scrutiny is coming.
A new website, Sensible Investing TV, has produced a number of provocative reports and documentaries highlighting the poor performance of active fund management. It cites a recent Pensions Institute report that concludes that only 1% of active fund managers have consistently outperformed the market. Another campaigning organisation: True and Fair, has focused its fire on the way that investment charges are structured, claiming there are many hidden charges on management of investments that consumers are completely ignorant of. Other bodies are also looking at these issues. Sue Lewis, Chair of the Financial Services Consumer Panel commented on a recent report they have published that “it is completely unacceptable that consumers do not know what firms are charging them to manage money on their behalf, and cannot compare different offers. While we recognise that the industry is working to improve disclosure, this does not go far enough.”Of course, the charges are in some case related to the level of equity trading (turnover) that any fund carries out. If that trading turns out to be delivering poor investment performance as well, then it is a cocktail for some pretty unsavoury headlines for the City.
In addition to the charges and fees issues, there is also growing interest from consumers and civil society organisations as to where our savings are actually invested. The fossil fuel divestment movement, started in the US, is going global, with last week’s (Feb 13) day of action. University endowments, charitable foundations and others are pledging to remove their capital from the stock of coal and other fossil fuel extraction industries. A campaign by members of the Universities Superannuation Scheme (USS) demanding a greater say in where their investments are placed has attracted over 3000 signatories. The fact that no such rights to know where your savings are invested exists in UK law is another anomaly that is being addressed. In response to an amendment put down by Lord German to the UK Pensions Bill, the government has now said it will consult on giving savers rights to transparency. This change was warmly welcomed by ShareAction, which has been campaigning on these issues for some time.
Civil society organisations focused on wider finance reform have formed a network called Transforming Finance, and are proposing a set of priorities for the next UK Parliament. Transparency is one of the five principles they say society wants to see more of from the financial services industry, alongside diversity, responsibility, sustainability and democracy. It is in the control of the industry to deliver on it, otherwise legislation may well force its hand.