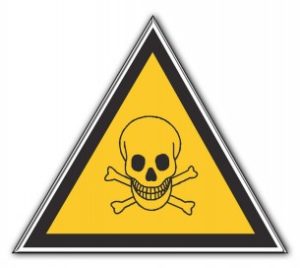 In the last century, the production of industrial chemicals has increased enormously. The industry is today one of the world’s largest, and in 2010 world sales were valued at €2,353bn. Sweden-based environmental NGO ChemSec has developed free-of-charge tools to facilitate increased investment analysis regarding the financial risks embedded in the chemical sector, disclosing which companies produce some of the most high-concern chemicals in Europe. Chemicals bring substantial benefits to our society. However the fact that many man-made substances are hazardous to human health and the environment, in combination with the quantities in which they are used today, has made a situation where many chemicals affect nature and our society in highly unsustainable ways. Hazardous chemicals have been linked to a long list of illnesses and conditions such as cancer, cardio-vascular diseases, attention deficit and hyperactivity disorders, depression, Parkinson’s and Alzheimer’s diseases, infertility and obesity. Only very few hazardous chemicals are legally restricted. However, that is about to change. Legislations restricting the use of chemicals are being intensified globally. The European Commission has called this “a second wave of chemical legislation after the one started in the 1970s“. A few years ago the EU introduced a new broad chemical regulation, REACH (Restriction, Evaluation and Authorisation of Chemicals). Next year the first chemicals will be banned in all products throughout the EU market, unless an authorisation has been granted for a specific use. China, Korea, Turkey and the US are also in the process of introducing stricter rules for chemical use in products.Consumer awareness about the negative health effects of hazardous chemicals is rising. NGOs such as Greenpeace are highlighting toxic chemical use in clothes and textiles. The links between hormone-disrupting chemicals and cancer, diabetes and infertility are now more often mentioned in media, and publicly known. The financial risks of production and use of high-concern chemicals can also take the form of production plant accidents, product recalls, or workers’ and consumers’ health being adversely affected. From a company perspective, as well as an investor perspective, this means both financial risk and opportunity. Many companies do not want their brands to be associated with health and environmental problematic ingredients in their products, and are starting to develop toxic-free products. So, there are also opportunities for investors to identify companies already now adjusting their product lines to be ready for the market of tomorrow. The EU chemicals regulation REACH is one of the most far-reaching standards globally. It moves the market worldwide because all companies interested in selling products in the EU must adhere. Within REACH, EU member states have agreed that the most unwanted chemicals, the so-called Substances of Very High Concern (SVHC), should be identified and phased-out. REACH defines properties for SVHC as, for example, substances that can cause cancer, disrupt hormonal systems or adversely affect reproductive functions.
The European Commission and EU member states can suggest chemicals to be included on a so-called candidate list. Substances can then be regulated so that

they cannot be produced or used in the EU after a ‘sunset date’, unless an authorisation has been granted for specific use. An authorisation, for the price of €50.000 per substance and use, can only be given if the company proves that the risks of continued use are limited or the benefits outweigh the risks. So far, the implementation of REACH has been slow. As a response to that, the SIN List was introduced in 2008. The SIN List is a list of chemicals likely to be regulated in the EU in the future. The acronym SIN stands for Substitute It Now! and the list currently contains more than 600 substances that ChemSec has identified as being SVHCs in accordance with REACH criteria. This figure is to be compared with the 138 substances currently officially identified as SVHCs by EU member states and put on the REACH candidate list. The substances on the SIN List are some of the worst chemicals on the market, but not yet regulated and still present in many everyday consumer products. ChemSec (the International Chemical Secretariat), the organisation behind the SIN List, is a Sweden-based NGO working to reduce the use of hazardous chemicals and encourage companies to move ahead of legislation and phase out the worst. The SIN List has been developed by ChemSec in close collaboration with globally recognised scientists and technical experts. It is backed by an advisory committee of health, environmental and consumer NGOs in Europe and the US such as WWF, Friends of the Earth and Greenpeace. The SIN List predicts future European chemicals legislation, and identifies which substances are likely not to be allowed in the EU in coming years. From an investor’s perspective, a company incorporating the SIN List in their chemicals managementstrategies is a company aiming to phase out the worst chemicals according to EU standards and to be ahead of future legislation. By doing so, it may avoid the high costs that can be the result of having to quickly reformulate products and modify processes when new restrictions come into force. ChemSec has recently published a list, titled: The SIN Producers List, which presents all the 709 companies producing or importing SIN List chemicals in Europe. It lists how many substances they produce that are currently on the SIN List, as well on the official EU candidate list. For the last two years, ChemSec has fought to make the information about chemical production in the EU, which this publication is based on, publicly available. Since 2010, REACH obliges companies to register their chemical production with ECHA, the European Chemicals Agency in Helsinki. Companies did so, but the agency kept the information confidential. ChemSec asked ECHA to disclose which companies had registered production of the SIN List chemicals. When ECHA twice refused to do so, ChemSec together with the environmental law organisation ClientEarth filed a lawsuit with the European Court of Justice. In December 2012, almost exactly two years after ChemSec’s first request, ECHA started to publish the information. This increased transparency from the EU on chemicals production means that information can now easily be found online. In combination with ChemSec’s tools and lists investors can now analyse the chemical industry and judge its performance in phasing out potentially harmful chemicals in their future investment decisions on companies.
Sonja Haider is Business and Investors Advisor at ChemSec