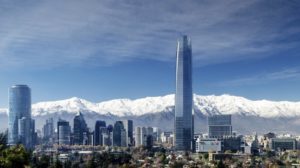 The Financial Committee of Chile’s Ministry of Finance is analysing possible responsible investment best practices that could be used to run its two sovereign wealth funds.

These are the Pensions Reserve Fund and the Social Stabilization Fund, worth $9bn and $14bn respectively (link).

Francisco Vergara, Chief of the Sovereign Wealth Funds Unit, told Responsible Investor that the Financial Committee acknowledges the growing importance of incorporating SRI practices, such as those already embraced by many international institutional investors.

“That’s the reason why the Committee have commissioned its Technical Secretariat research on what practices could Chile’s sovereign funds incorporate.”

Depending on the findings, the Committee could issue recommendations to the Ministry, always taking into account the funds’ passive investment profile, as well as their main objectives, according to Vergara.

Chile’s sovereign funds employ as asset managers Rogge Global Partners and BlackRock, the latter running the equity portfolios, which represent 17% in the case of the PRF and 7% for the ESSF.

Fanny Tora, Head of South American Markets at ESG research house Vigeo Eiris, told RI that the involvement of the government could stimulate the nascent market for responsible investment in Chile.A year and half ago, the Chilean Pensions Regulator (Superintendencia de Pensiones) announced plans to prepare some sort of ESG-friendly legislation. However, an unexpected reshuffle in its leadership delayed the project.

According to Tora, the intention and preparatory work is already in place, therefore is a case of “not if but when” the project will be relaunched.

Industry sources point to Max Montecino Malky, Chief of the Pensions Regulator’s Financial Division, as one of the architects of this legislation.

Tora also notes that there is a project to create a state-owned pension fund manager, still being discussed at the Parliament after its announcement by Michelle Bachelet’s government two years ago.

It would be funded by the Production Development Corporation of Chile and the Ministry of Finance.

If the project went ahead, Tora said, there have been suggestions that such asset manager should be a signatory to the Principles for Responsible Investment.

So far, only one Chilean firm, service provider GovernArt, has committed to PRI, in May 2013.