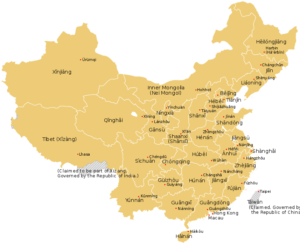 Domestic migrant workers make up a substantial percentage of China’s manufacturing industry workforce. Recent estimates suggest that there are 247 million migrant workers in the country.

These workers often originate from towns and villages hundreds or thousands of miles away from the factories where they work. The majority are parents, and due to childcare needs and the ‘Houku’ system – a government household register system that has tied workers’ access to social services to their hometowns – many are forced to leave their children behind when they move to cities in search of work.

Reforms to China’s ‘Hukou’ system are underway, but an estimated 62 million children are separated from their parents, staying behind in rural communities in China. For the vast majority, the frequency of child-parent reunions is depressingly low.

Those who have to care for left-behind children, commonly grandparents, may not have the physical ability, financial means, or knowledge required to raise left-behind children adequately. Left-behind children also have increased vulnerability to human trafficking, may suffer a higher likelihood of involvement in criminal activity, or experience higher rates of depression than other children.

The toy industry plays an important role in China’s manufacturing sector, with over a million workers employed at toy factories in Southern China. Toy manufacture was set to generate $37.1 billion in 2015, up 8.4% for the year, and reflecting annualized growth of 9.5% over the past five years Link

This summer, ICTI CARE – the ethical supply chain program for the toy industry – ran pilot projects to create Family-Friendly Factory Spaces at two toy factories in China: Yuanli Toy in Heyuan and Best Top in Qingyuan. Developed in partnership with the Center for Child Rights and Corporate Social Responsibility (CCR CSR), these pilots aim to reunite migrant workers with their left-behind children during the summer months. The spaces offer a safe environment for children to learn and play while their parents work, enabling families to spend time together and forge closer relationships.

Suitable spaces away from the factory floor were transformed into safe, secure and colourful spaces for children. Specially-trained staff ran fun and educational activities for children including singing, dancing, drawing, games, homework hour and movie hour.

In total, 97 parent workers attended the initial Family-Friendly Factory Spaces pilots, benefiting 85 children. The positive impacts on workers and their children were plain to see as CCR CSR reported:

Ms. Huang (pseudonym) works at a toy factory in Zhanjiang and has a six year old daughter who lives with her grandmother back in her hometown – a ten hour train ride away. Work pressures, coupled with the fact that her husband also works full time, has meant that neither parent has time to care for their daughter.

Ms. Huang feels the repercussions of her departure every time she speaks to her child. “I’m not so close to my daughter because I never raised her. She doesn’t talk much during phone calls and doesn’t tell me about any problems she has,” she explains.Ms. Huang goes back to see her daughter 2-3 times a year and calls her about ten times a month. Despite her efforts to maintain a close relationship with her daughter, she’s aware of the emotional distance between them. Conversations are usually confined to small talk and Ms. Huang can’t seem to get her to open up over the phone. Her mother-in-law often throws even more salt into an already aching wound by accusing her of being a bad parent.

But that changed this summer when Ms. Huang received a letter telling her about the Family-Friendly Factory Spaces that was opening up in the toy factory where she works during the school break. The concept was unfamiliar to her and her biggest concern was safety. But when she learned her daughter could stay in the factory during the entire summer vacation and be looked after by trained teachers in a safe space, she quickly signed up.

Since attending the Family-Friendly Factory Space, Ms. Huang reports a significant transformation in her daughter. No longer closed off and reserved, her child now happily talks to her and shares details of her everyday life “I feel closer to my child now. I’m so relieved that she can be here.”

Evaluation conducted at both toy factories shows that the Family-Friendly Factory Spaces offer important business benefits. Each factory reported improvements in retention rates amongst those workers which participated, higher levels of trust and better employee-management relationships “This is the first time the factory provided professional teachers, lunch and snacks to workers’ children. The workers didn’t believe it at the beginning. Now they trust us more… I feel now that my relationship with the workers transcends a work level and we feel more like a family, which is very good way for me to communicate with and retain our workers,” the general manager from one factory commented.

Management at both factories said they will continue the Family-Friendly Factory Spaces in the future and will commit the resources and capacity to do so.

Remote Parenting Workshops for migrant workers
Beyond the Family-Friendly Factory Spaces pilots, the second phase of ICTI CARE’s work to support migrant workers at toy factories with left-behind children is focussed on Remote Parenting Workshops. Delivered in partnership with CCR CSR at 10 toy factories, these workshops are designed to strengthen the parent-child bond, offering practical guidance support mechanisms and tools to maintain and improve relationships between migrant workers and their children.

Learnings from this year’s Family-Friendly Factory Spaces and Remote Parenting Workshops are being used to help ICTI CARE scale-up both projects in future years. We hope that even more workers – and their children – will reap the benefits next year and beyond.

Mark Robertson is Director of Communications & Stakeholder Relations at the ICTI CARE Foundation.