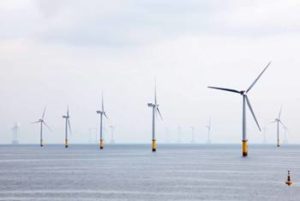 Copenhagen Infrastructure Partners (CIP), the renewable energy investor backed by PensionDanmark and other Danish schemes, has made another huge investment in the space, providing a mezzanine loan worth €250m for the construction of a German offshore wind park.

The loan for the “Veja Mate” North Sea wind park comes from CIP’s second fund, called Copenhagen Infrastructure II fund. Other investors in the project, whose total cost was put at €1.9bn, are UK investment firm Highland Group Holdings and German industrial giant Siemens. Siemens is also supplying the 67 turbines for Veja Mate. Once completed in 2017, Veja Mate will generate up 402MW in renewable power.

“Veja Mate is a fully procured offshore wind project which from 2017 will deliver stable returns for many years. We are very satisfied with this investment, which benefits from the strong German regulatory framework (i.e. public subsidies),” said Christina Sørensen, Senior Partner at CIP.The returns CIP hopes from the wind park were not disclosed. The Veja Mate deal is the second biggest allocation made by the CIP fund since its launch last September. The first one was in March, when it invested DKK1.6bn in a new UK biomass plant fired by wood waste. The plant is located near Sheffield and will have a power capacity of 39.3MW.

The main investor in CIP’s second fund is PensionDanmark, the DKK175bn (€23.4bn) Danish blue-collar pension fund that solely backed CIP’s first fund. Other investors in the second fund include Danish schemes PFA, PBU and Laegernes Pensionskasse and Nordic banks Nykredit, Nordea and SEB. From them, the fund aimed to take in DKK10bn in assets.

CIP was founded in early 2012 by five former executives at DONG, the Danish energy firm. Link