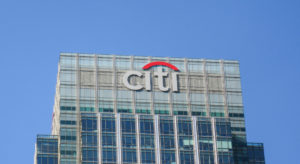 US banking giant Citi Group is seeking to block a shareholder proposal calling on it to undertake and publish an independently verified “racial equity audit” to identify its negative impacts “on nonwhite stakeholders and communities of colour”.

Citi’s attempt to prevent a shareholder vote on the proposal comes just months after its CEO, Micheal Corbat, described the fight against racism and the racial wealth gap as the “most critical challenge we face in creating a fair and inclusive society”.

The resolution, put forward by US-based manager CTW Investment Group, requests that the audit include input from “civil rights organisations, employees, and customers”.

CTW’s Executive Director Dieter Waizenegger told RI that the US is in a “moment of racial reckoning”. Many US banks, he added, have a “very chequered history” when it comes to racial inequality: a “history of discrimination, fines, [and] overcharging of very basic things like fees for checking accounts”.

CTW has partnered with US labour union SEIU to file the same proposal at Citi’s rivals, including Bank of America, JP Morgan & Chase, Wells Fargo, Goldman Sachs and Morgan Stanley.

Citi, however, has pushed back against the resolution, arguing in its ‘no action’ letter to the US Securities and Exchange Commission (SEC) that it should be allowed to omit the proposal since it has already “substantially implemented” its key asks, pointing to its $1bn+ commitment to promote economic racial equality, as part of its Action for Racial Equity Initiative.

At the launch of that initiative in September – and in the wake of outrage at the police killing of George Floyd – its CEO said: “We are bringing together all the capabilities of our institution – our people, our lines of business, our balance sheet, and our philanthropy – like never before to combat the impact of racism in our economy. This is a moment to stand up and be counted, and Citi is committed to leading the way and investing in communities of color to build wealth and strong financial futures.”

CTW’s Waizenegger described Citi’s history on addressing racial injustice as “conflicted” in his supporting statement to the proposal, and pointed to practices employed by the bank which disproportionately impact people of colour, such as charging fees on lower bank balances.

Waizenegger also cites a study by Stanford University in the statement, which found that there is only one Black executive within Citi’s entire C-suite, despite the group reporting that over 45.8 % of its workforce are people of colour.

He told RI that Citi has not substantially implemented CTW’s proposal, the “crux” of which is to have an “independent audit, overseen by directors”. The proposal also touches on Citi’s lobbying activities, claiming that the bank donated $242,000 during the 2020 election cycle to 74 members of Congress who are rated ‘F’ by the National Association for the Advancement of Colored People (NAACP).

Separately, the Greater Manchester Pension Fund in the UK has submitted a proposal at Citi addressing the lack of transparency around its lobbying activities. The bank is seeking to block the proposal, arguing that its lobbying expenditure is not financially material.

Citi has not commented at the time of writing.

US investors including CalPERS, LGIM America and Wellington have all thrown their weight behind recent moves by Nasdaq to strengthen listing requirements around board diversity and disclosure.

The US exchange’s proposal, which was filed with the SEC last month, would require companies listed on Nasdaq to “publicly disclose consistent, transparent diversity statistics regarding their board of directors”. It would also require companies to have, or explain why they do not have, at least two “diverse directors”.

Generation Investment Management, the sustainability investment boutique co-founded and chaired by former US Vice President Al Gore, supported the proposal, but hinted that it didn’t go far enough, describing it as “rather modest”.