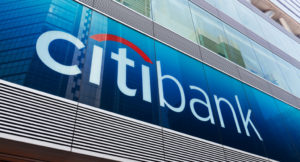 Citigroup has blamed an internal error after pushing back against an ESG proposal for the 2021 proxy season, mistakenly citing controversial new US rules that won't come into force until January 2022.

The workers-on-boards resolution, submitted by corporate governance activist James McRitchie, would have asked Citi’s board to consider non-management employees for director positions in a bid to improve employee representation.

“It is telling that the company has jumped on this new rule on such a vital issue” – Josh Zinner, ICCR

But these requirements, a source of controversy amongst investors, haven’t come into force yet.

The new rules, recently adopted by the US Securities and Exchange Commission (SEC), will apply to shareholder meetings held from January 2022 onwards. However, they have received widespread opposition amid fears that they will “deliberately snuff out” shareholder action on sustainability and social justice issues.

Under current regulation, shareholders are only required to hold a minimum of $2,000 or 1% of a company’s securities for a year in order to file proposals. A broker’s letter, seen by RI, confirmed that McRitchie had met these requirements.

“Citi’s attempt to use these new rules to exclude a shareholder proposal on diversity is mistaken, as the rules have not yet gone into effect. Nevertheless, it is telling that the company has jumped on this new rule on such a vital issue,” Josh Zinner, CEO of the Interfaith Center on Corporate Responsibility, told RI, adding that the new rules adopted by the Trump administration would “make it much more difficult for shareholders to engage with the companies they own on critical ESG issues”.

Citi shareholder and US SIF member Praxis Mutual Funds said on behalf of the responsible investment network that the oversight was “disappointing”.

“Issues of diversity are critical to a company’s reputation as well as its prospects for long-term success,” said Mark Reiger, Praxis’s stewardship head. “We would encourage Citigroup to embrace these vital conversations with shareowners rather than avoiding them.”

A Citi spokesperson said: “We apologize that our request for information from this shareholder proponent was incorrect. Once we realized our error, we acted quickly to correct the request and send it to the proponent.”

Do you know of any other companies that are using the 2022 rules to try to query 2021 resolutions? Please contact Khalid Azizuddin on khalid@responsible-investor.com