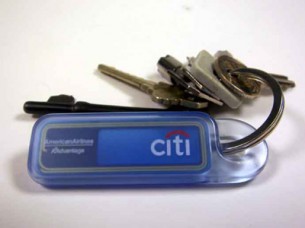 The highly-rated SRI research team at Citi Investment Research is understood to have become one of the victims of massive cost-cutting at Citibank, its parent group, following last weekend’s $20bn bailout and underwriting of hundreds of billions of dollars in risky assets by the US government. Industry sources said they had been told that the SRI team, which earlier this month scooped the award for the best European SRI broker firm in the Thomson Reuters Extel/UKSIF 2008 Socially Responsible Investing & Sustainability Survey, is being cut. Adam Castellani, director of communications for institutional clients group EMEA at Citi, declined to comment. Citigroup recently announced plans to reduce its global headcount by 52,000 in the next few months. Executives at Citigroup told staff last week that the bank was looking at cost savings across its equities and investment banking divisions. Reshuffles of SRI investment staff are also taking place in fund management houses, notably those that have received government bailouts, as they seek to cut costs. It is expected that a number of European fund managers willshortly announce major changes to their SRI set up. Citi’s research dominance in SRI this year was underscored by the placing of two of its analysts, Mike Tyrrell and Meg Brown in first and second place respectively in the list of leading individual SRI brokers in the Thomson rankings. Tyrrell declined to comment on his future at Citi.
Last weekend’s bailout of Citibank was announced jointly by the Treasury Department, the Federal Reserve and the Federal Deposit Insurance Corp, aimed at shoring up the bank after a huge slump in its share price – down 60% in the previous week – had taken the bank to below $4 per share, wiping tens of billions off its market value. The bank is currently trading at just over $7 per share compared with over $50 two years ago. In October, Citigroup declared a fourth successive quarterly loss, posting a negative net income of $2.8bn in the third quarter, compared with a profit of $2.2bn a year earlier. The bank took a $4.4bn markdown on investments, $4.9bn in credit losses and a $3.9bn charge to boost reserves.