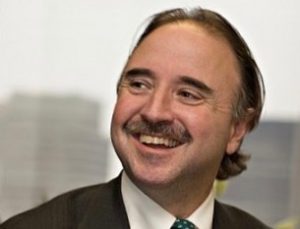 Cary Krosinsky is the Founder of Real Impact Tracker