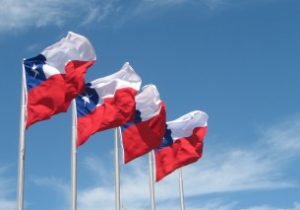 In December this year (2nd-13th), Chile will host the 25th session of the Conference of the Parties (COP25) to the UNFCCC. The event has already prompted high-level political response. Felipe Larrain Bascuñán, Chile’s Finance Minister, is co-heading with Finnish Finance Minister, Petteri Orpo, a new initiative dedicated to developing best practises for finance ministries globally on sustainable finance, with some 15 countries represented. The action accompanies a number of initiatives that have been bubbling away for a few years, which when viewed together create a picture of a market developing as one of Latin America’s biggest potential movers on responsible investment.
In February this year, AFP Cuprum became the first Chilean pension fund to sign the PRI. Its owner is Principal Financial, the US pensions and investments group, a Fortune 500 stock and parent of US$412.7bn fund manager, Principal Global Investors, also a PRI signatory.
The sign-up has been a responsible investment boon; previously Chilean pension funds were doing little to nothing on ESG.
Chile’s pension fund system is part of the liberal economics experiment of the early 1980s when the previous public pay-as-you-go (PAYG) system was switched to a huge defined contribution (DC) system of individual accounts run by private pension funds. Today, there are 6 major pension fund players; five owned by US financial services companies, the other by Gruposura from Colombia. Pension funds can invest 20% of their assets directly and 80% must be outsourced to fund managers. To date, just two asset managers in Chile have signed up to the PRI. Moneda Asset Management, the $9.4bn Chilean funds house, was the first in September 2018, followed in December that year by LarrainVial Asset Management, the $6bn fund manager.Recent law changes have enabled Chilean institutional investors to allocate to alternative assets such as private equity, commodities and real estate.
However, in the last few years the system has come under fire because poor returns are not providing sound retirement levels, while pension charges rates for the providers and managers have been high. There have been demonstrations demanding re-nationalisation of the system and the suggested creation of a state-owned pension fund as a low cost provider.
What’s not in doubt is the heft of the pensions market: it represents some 70%+ of Chilean GDP at circa $200bn.
Under former President, Michelle Bachelet, the left wing leader from March 2014 – March 2018; and herself previously President from 2006 – 2010 (Chilean Presidents are not allowed consecutive terms) the country’s pension fund regulatory body was looking closely at ESG issues and thinking about asking pension funds to demonstrate their approach to sustainability issues in investment research. RI reported at the time that the Financial Committee of Chile’s Ministry of Finance was analysing responsible investment best practice for its two sovereign wealth funds: the Pensions Reserve Fund and the Social Stabilization Fund, worth $9bn and $14bn respectively.
That seemed to cool following the December 2017 election of Sebastián Piñera on the political right, another former President from 2010 – 2014, who took the helm again in March 2018. Piñera was elected on a ticket of cutting corporate taxes with the aim of doubling economic growth and reducing poverty. Piñera has, however, committed to accelerating the decarbonization of the Chilean economy. Last year, the Chilean energy sector pledged not to extract any more coal as the fuel for electricity.
A major cross-political sustainability success story has been the growth of renewables, which has reached

17%+ of total electricity generation, thanks to the country’s considerable geothermal, solar and wind potential from the deserts of the north to the Patagonian wilds of the south, and 6000km of coastline in between. Norton Rose Fulbright, the global law firm, has a good overview of the Chilean renewable energy landscape here.
The stock exchange has launched green and social bonds guidelines and last year created a dedicated green/social bond segment for issuers. The market reacted positively with the issuance of several related bonds during 2018 from Aguas Andinas, the water services company, Caja los Heroes, the social insurance and benefits group, Esval, a drinking water company, and Banco Estado, the Chilean public bank. Banco Estado also offers credit to SMEs to finance renewable energy and energy efficiency, and this year started offering credit at preferential rates to SMEs to finance electric vehicles. Fanny Tora, Head of South American Markets at Vigeo Eiris, which was the third-party assessor for all of the green/social bond issuances, except for Banco Estado, says the Chilean trend reflected significant broader development for green bonds in LatAm during 2018. Notably, she says issuance is being promoted by the Inter-American Development Bank (IDB) through workshops and advice to possible issuers in targeted countries, mainly in the banking sector right now, working with Banco BICE in Argentina, Findeter in Colombia and Banco Pichincha in Peru. She adds that Spanish bank, BBVA has been actively promoting green or ESG linked loans in the region, including an ESG loan with Ferreycorp in Peru and a green loan for Iberdrola in Mexico: “The market is very dynamic at the moment. All the issuances have been successful in financial terms also, which motivates a lot of other possible issuers. LatAm companies are
looking for a big sustainable finance communication opportunity, and also to gain visibility on international financial markets and attract new foreign investors.”
In Chile, IDB has been working with the Ministry of Finance on a Financial Strategy of Climate Change, including how to mature the financing ofclean technologies, and the identification of gaps, opportunities and challenges in renewables financing. In turn, the Agency for Sustainability and Climate Change (ASCC), Corfo, the Chilean development bank, and the international NGO, Natural Resources Defense Council (NRDC), have been working to set up a Green Investment Platform (Green Bank) with the objective of replicating the international model of green banks to catalyse private investment in clean energy.

Corfo will develop green financial instruments while the ASCC will provide technical assistance to SMEs to accelerate the generation of a pipeline of projects.
On corporate governance, investors in Chile say they are mostly focused on the difficulties associated with countries like Chile where many of the largest companies are family owned or private, with varying degrees of stock market free float. These include minority shareholder rights issues, oversight on board performance evaluation and lack of compensation transparency.
On corporate sustainability, ALAS20, an initiative managed by Santiago-based GovernArt, a PRI signatory sustainability consultancy, aims to promote sustainable development in business management and investment decisions in Latin America via an annual Sustainability Study, which ranks companies and investors across five topics. The 2018 winners can be seen here
On the investment side of the ALAS20 survey, Moneda Asset Management scored a hat trick of wins in 2018 in the three categories: Leader in Responsible Investments, Corporate Governance and Sustainability Research.

Major recent ESG issues that have led research in Chile have included the fight against sugary foods and obesity. The government introduced an 18% tax on high-sugar drinks and targeted child-friendly marketing, as well as introducing large, black, cigarette-style warning labels on foods high in salt, saturated fat, sugar and calories. Other major topics include water stress in the desert north, notably for agriculture and with serious implications for Chile’s copper mine giants, where C02 emissions levels are also a preoccupation. Concerns over Chile’s huge salmon farming industry, which accounts for some 30% of global production, have also been high in recent years on the back of the infectious salmon anemia (ISA) disease and antibiotic resistance, which led to significant corporate losses and bank loan repayment problems. Rabobank of the Netherlands – which had some 25% of its Chilean corporate lending portfolio tied up in the salmon industry – started a campaign with WWF for programme of ASC certification and biodiversity, which many of the big salmon farming companies have now signed up to.
As for the country’s banks, Carolina López, representative in Chile for UNEP FI, says UNEP FI and CAF, the Development Bank of Latin America, in collaboration with the Chilean BankingAssociation (ABIF), published a report on “Sustainable Development in the Chilean Banking System” at the beginning of 2017, covering approximately 70% of the total assets of the Chilean banking market. Of the banks surveyed, 36% had a comprehensive internal ESG system, while the remaining 64% had some kind of related practices. López says she expects performance to improve due to support from organisations including ABIF, as well as backing from regulators such as the Superintendence of Banks and Financial Institutions (SBIF) and the country’s Central Bank. A healthy 73% of the banks surveyed said they had marketed some kind of green financial product, while 55% had financed products and/or activities to mitigate climate change.
On impact investing, in 2018, FIS Ameris, Agora Partnership and Zoma Lab organised ‘Cataliza Chile 2018’ a serious of meetings to scale up the sector in Chile. It produced a document with several proposals that was handed over to several government bodies. UNEPFI’s López is currently leading its Sustainable Finance Working Group 2.0. In November this year, The Global Steering Group for Impact Investment (GSG), will host its 2019 Impact Summit on 18-19 November in Santiago, suggesting another strand of responsible investment that will begin to grow quickly in Chile.